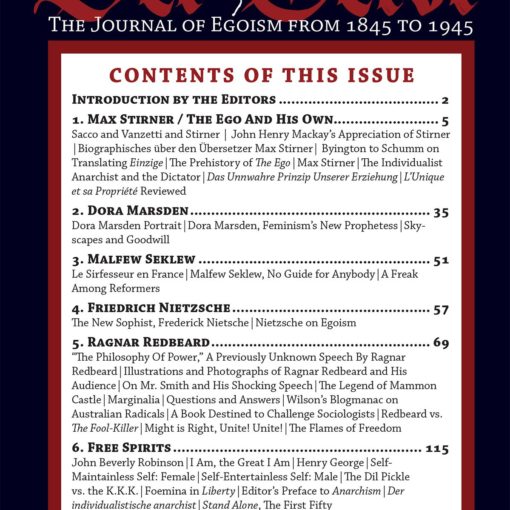 The Union of Egoists website went live early 2016 but officially announced April 1st of that year. The entire chat of February 2nd, 2016 between Trevor Blake and myself that crystalized the idea was printed at the end of Der Geist Issue 1, and titled “A Unique Conversation”, published in the following year. Der Geist issue 4 is now available! That creates a total of 724 pages of egoism from 1845 to 1945, with “lost” works reprinted, new translations every issue, rare photos and images, and new research and writing. Available from: Underworld Amusements | Amazon.com | Amazon.UK | Barnes & Noble In this issue, a previously undiscovered […]