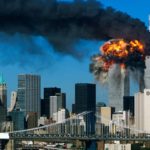 As is my practice, I again take this occasion to ponder theism-inspired atrocities that continue throughout our world.

Since last year, our major media has devoted significant coverage to terrorist attacks in the US, UK, Spain, Germany and Russia, but there are many savage incidents in other nations wherein innocent lives have been extinguished that do not receive such attention. While other socio-political factors are involved, subservience to doctrines interpreted by those claiming to speak for fictional deities is a primary motivator for the injury and slaughter of those with differing beliefs, whether it be one or multitudes. And it must again be noted when examining the ever-lengthening roster of terrorism, that radical jihadist thinking remains a dominant factor.

I offer my past meditations on the events that took place in 2001, and on similarly-motivated subsequent abominations, as these words continue to bear witness to an undeniable truth: Faith kills.

The Murderous Madness of Theism

In this season wherein hurricanes are battering many in the Western Hemisphere, we note that petitioning non-existing deities for assistance via prayer does nothing to help those suffering from disasters—whether they be natural or man made. We faithless instead appreciate and may choose to donate goods, funds or our time to those trained to aid the victims of the such calamities for that can make a difference.

Hurry the age wherein reason will be widely embraced as the tool to promote intelligent responses both to Nature’s wrath and to quash religion-fostered barbarism. Then we might actively steer society towards sanity, equity and liberty so that vital existence may become the standard for global human culture.