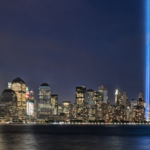 Once again I take this occasion to ponder theism-inspired atrocities that abound in our world.

Since last year, people in Western nations have been shocked in particular by the shootings at Pulse—the gay nightclub in Orlando—as well as the incident in Nice wherein a truck was used to crush numerous people celebrating Bastille Day. There are profuse analogous lunatic incidents in other nations wherein lives are extinguished. While other factors are involved in such terrorist acts, the values and concepts arising from obeisance to deities are primary sources for the thoughts and conflicted feelings of those whose madness leads them to slaughter multitudes. And it must be noted when examining the ever-lengthening roster of terrorism, that radical jihadist thinking remains the dominant factor.

I offer my past meditations on the events that took place in 2001, and on the similarly-motivated copious subsequent abominations, as these words continue to bear witness to an undeniable truth: Faith kills.

The Murderous Madness of Theism

Petitioning non-existing deities for assistance via prayer does nothing to remedy the outrages committed in the name of similarly fictional entities. Hurry the age wherein reason will be embraced as the tool to stem this tsunami of blood, serving to quash religion-fostered barbarism while moving society towards both equity and liberty so that vital existence may become the standard of global human culture.