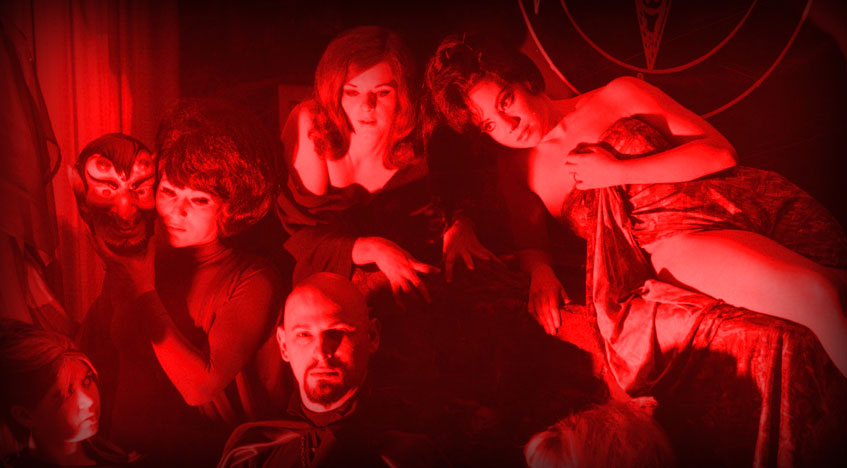 Let me tell you about my name. It was my Mom’s name and also the name of two of her aunts and the name of my father’s older sister who died of a childhood disease before he was born. These four relatives were known as Margie, Aunt Peggy, Aunt Margy-Targy and Baby Peggy. But they were all born as Margarets.

My Mom really wanted to just go ahead and name me Peggy, but at that time the Catholics wouldn’t allow you to baptize a baby unless you were giving them a saint’s name and nicknames didn’t count. So I was Margaret on paper and under the stern gaze of the nuns at my school, but everywhere else—in the bosom of my family, on the street with my friends, at Girl Scouts and Sea Cadets and on my New York Public Library card—it was Peggy.

...if someone presents themselves as a woman, I consider it rude, disrespectful and yes, hateful, to insist on referring to them as “he.”

Today, new friends and acquaintances are introduced to me as Peggy and you know what? Not a single one has ever demanded to see my birth certificate. Nobody has ever asked me if that’s my “real” name. If a person did ask for proof that my name is Peggy, and then insisted that they would always refer to me as Margaret, well, I would just assume this person was emotionally disturbed. Why would anyone do that?

So I have to confess, if someone presents themselves as a woman, and tells you and everyone around them that their pronouns include “she,” I consider it rude, disrespectful and yes, hateful, to insist on referring to them as “he.” What’s the point? To insult that person? To diminish this huge, life-changing choice they’ve made? To demand they align with some nebulous concept that YOU have decided is the “biologically correct” one? The only people in anyone’s life who need to know their gender assigned at birth, are the doctors who must administer care and medicine. And sometimes not even then.

I’m a woman of a certain age, and while I’m proud of the experience and fortitude that have served me well, I’m not as happy about the hair color that goes with becoming an elder. So I’ve been forcing the red back in and have been happy with my choice. However, I’m not currently a “real redhead.”

Do people need to know that? Will certain special interest groups demand that I identify my “biologically correct” follicle status to them? Will I be locked out of the Redheads Only bathroom and forced to wear a tag that says “Not A Real Redhead”? Will the tag also read, “Birth Name: Margaret”?

If my analogies to the issues of transgender acceptance seem to trivialize them, please know that I see these issues as anything but trivial. I view changes in a person’s birth name or physical appearance as related, but not nearly as traumatic, demanding and medically necessary. It’s just the best I can do as I struggle to understand what’s behind the rationale of those who don’t wish to accept a person’s transgender status, who insist on not using their pronouns, who want to promote the idea that the drive to change one’s gender is dishonest, aberrant, or indicative of mental illness.

It is absolutely integral to the Satanic philosophy for Satanists to pursue their own individual self-expression above all other things."

What. Is. It. To. Them? Why do they care? Why can’t they accept a transgender person for who they say they are? We all do it, every day, for everyone. Society would screech to a halt if we all questioned each other constantly about how “real” we’re all being. Anti-trans speakers and writers are putting a tremendous effort behind their work—before you shrug and excuse it by saying, “it’s just information,” I suggest you stop kidding yourself, or at least stop kidding the rest of us. This wouldn’t be going on if there wasn’t an emotional component, a genuine, gut-level resistance to the very concept of transgender. People may need to work out for themselves where they’re harboring the source of that resistance.

Before 1974, the American Psychiatric Association had homosexuality listed in their DSM as a mental disorder and didn’t completely remove its status as a “sexual orientation disturbance” until 1987. Since then, more and more scientists, physicians and psychiatrists just deal with homosexuality as part of a person’s identity. Those who continue to categorize gays and lesbians as “disturbed” to any degree, are looked upon as fairly disturbed themselves, as more extensive and modern medical evidence points elsewhere. So it will go with transgender.

It is absolutely integral to the Satanic philosophy for Satanists to pursue their own individual self-expression above all other things. Anton LaVey believed, in the marrow of his bones, that a human being could not go forth and create, accomplish, or conquer their own life without first striving to be exactly who they want to be. This is fundamental to being one’s own God: In the Beginning, You Create Yourself.

From the earliest days of the Church of Satan—when a transgender woman graced the altar and was captured in a photo printed in The Devil’s Avenger—transgender people were fully accepted by other Satanists and there are examples in our files of early members approaching the Church as a beacon they’d been seeking their whole lives. One member had fled China to live in a facility in New York operated by the Erickson Educational Foundation, an important contributor to the research regarding homosexuality and transgenderism. Their messages to Central, carefully crafted in very basic English, nevertheless fully convey the joy in finding a religion that not only accepts them, but encourages them to be themselves. Another member submitted their photo wearing female-appearing clothes, hair and makeup, but identified themselves on the accompanying Active Membership Application as male “for now,” additionally expressing the fervent hope that they’d found a Church where they could be married to their life partner in a real ceremony among friends and loved ones. The sincerity of these messages, and the knowledge all these years later that our society has indeed advanced these wishes, brought tears to my eyes. I was so very proud that it was here, in the Church of Satan, where they’d found that promise of fulfillment.

Before 1966 and the founding of the Church of Satan, the term Satanist was only employed by non-Satanists, by those organized religions with an axe to grind or a pyre to light, to identify anyone who was in philosophical opposition to their beliefs. Anton LaVey changed that; he took this term of condemnation and applied it to himself and his followers, to describe those seeking to fulfill their own free will, free thought, and free expression. As a true Satanist, you would never let anyone take that title from you, one you wear proudly, one you may have suffered to maintain. How, then, could you turn to a transgender person and tell them you won’t call them what they have asked to be called, because you “know better”? How can an adherent of an individualist philosophy that has literally reinvented the words Satanism and Satanist, that has taken back the role of God in one’s own life and applied it to themselves, tell another person they can’t reinvent, essentially create, the person they wish to be?

The Satanic Mass — A Shot Heard Round the World

High Priestess of the Church of Satan