The year is 1959, and he is cruising down historic U.S. 101 from San Francisco. The crisp air from the Bay blows through a mop of curly coal black hair—it would still be several years before he immersed his razor in the waters of Zamzam. He’d been hustling work here and there, tickling the ivory and the girls at burlesque houses, snapping a few crime scene photos for the police and even taking the “nut calls” the cops didn’t want to deal with. Now, his wife and daughter are at home and he’s got to make ends meet. Twenty miles down the road, he finally sees it: Mori’s Point Inn, the hippest cocktail joint on the peninsula.

Tonight is special, because Mori’s has been hyping him as the hottest young organ player to make the scene. Before leaving, he’d clipped out one of the ads from the paper: “The Popular Anton La Vey at the organ (specialist in the calliope).” It wouldn’t be the biggest gig he’d ever play, but still a significant stop along the way to “The Great Szandor” cementing his infamous legacy. The drinks are going to flow, the girls are going to dance, and he’s going to turn Mori’s Point into fat city!

These performances are lost to time, but now you can recreate a memory like this with our souvenir-style t-shirt. Featuring a two-color, front and back design based on authentic promotional advertisements that ran in Bay Area papers in 1959. Don’t be a square, goose it down to Mori’s Point Inn and join the party! 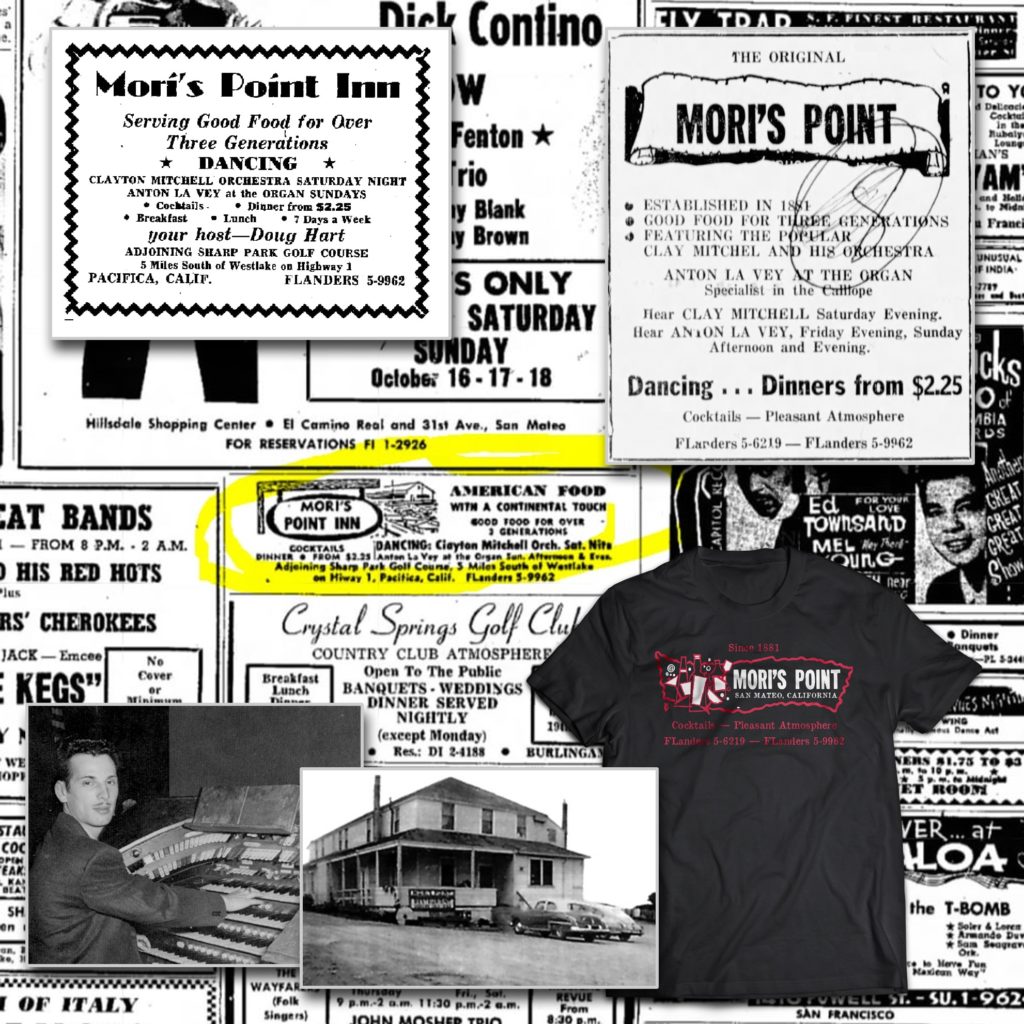 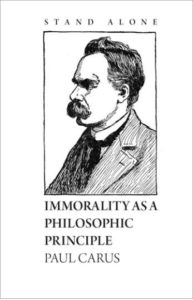 SA1230 – Immorality as a Philosophic Principle

Paul Carus (1852 – 1919) was a philosopher and after moving to America from Germany became the editor of the Open Court publishing company where he was editor of The Monist, a philosophy journal still being published today. Carus’ specialty was in the field of comparative religion, and referred to himself as “an atheist who loved God” and was a Spinozan.

His article “Immorality as a Philosophic Principle” is reprinted here in facsimile from the July 1899 issue of The Monist. In it, Carus introduces the reader to Nietzsche’s ideas and this “aristocratic individualism”. “It is a consistent anarchism, a courageous immoralism, and a proud aristocratism, the ruthless shout of triumph of the victor who hails the doctrine of the survival of the strongest and craftiest as a ‘joyful science.'”

In a section titled “Nietzsche’s Disciples”, Carus covers some of the work of egoists of the time, including the journal The Eagle and The Serpent in the England and Der Eigene in Germany. Strangely enough, he refers to Max Stirner as being an “expounder of Niteche’s philosophy even though he predated him by decades. Further, Ragnar Redbeard and his book Might is Right are touched upon, as well as Clarence L. Swartz and Elbert Hubbard. Readers of Der Geist and the Stand Alone series will be well familiar with all the names mentioned in this section.

Produced by the Union of Egoists 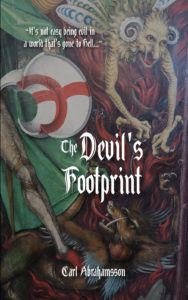 God proposes the challenge of the millennium: if Satan sorts out the ever growing human mess on Earth, God will lovingly take him back to Heaven as his favorite Archangel. Satan accepts, and sets out on a massive operation to balance out over-population, pollution, corruption, and other severely Satanic headaches – many of which he originally helped create… Easier said than done!

Satan’s love of the ambitiously mischievous humans is challenged as his own “Team Apocalypse” fervently sets to work. But as the world begins to change quickly and dramatically for the better, a new question arises: can God and his suspicious Archangels really be trusted in this cataclysmic, cosmic undertaking? 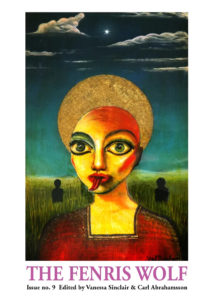 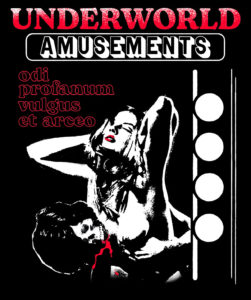 Show the world you’re a precocious malcontent with trashy taste — and be a Satanic evangelist for our misanthropic propaganda while doing it — with this sleazy new graphic tee!

Every few years Underworld Amusements commissions an indie artist for a limited edition t-shirt design. This year Rebel Kind Design came up with what could easily pass as a banned 1980s horror-sleaze VHS tape cover, and we think it perfectly encompasses our aesthetic.

Only a few dozen of these wonderfully degenerate shirts have been made, and once they’re sold out, they’re gone!