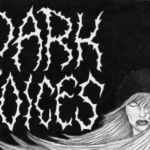 In 1966, Anton LaVey founded the Church of Satan. In 1969, The Satanic Bible was published, declaring that our modern era is, in fact, a “New Age of Satan.” Dr. LaVey put fourth some evidence for this new Satanic age in The Satanic Bible and I wanted to expand on that evidence and turn it into a broader conversation.

I don’t think even Dr. LaVey could have imagined then the kind of era we live in now with the rise of the internet, webcams, smartphones, and more readily available debauchery through media than ever before. This is the conversation we are having and it’s such a broad topic, I’ve had to split it into two episodes (which is primarily why new episodes of Dark Whispers have been delayed). Part two of this conversation will be out next week.

My four panel guests are: