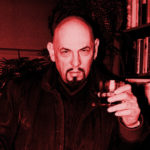 In Defense of The Feared Religion

People wonder why we rigorously defend our definition of Satanism. Why not let it mean whatever anyone wants it to mean?

For hundreds of years, “satanism” was defined by followers of Abrahamic religions as the ultimate condemnation towards enemies. Poets and literary figures explored Satan as a hero, but not until LaVey was there a concrete, rational and coherent definition of what Satanism is and isn’t.

The Church of Satan was created in 1966 to define and defend Satanism by Satanists. That has been and always will be our mission.

This is why we defend the definition of Satanism against bigoted theists, timid secularists, detractors and white-washers alike.