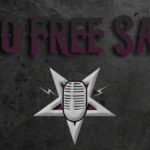 This week we announce a new story telling podcast called Dark Voices, a Lemmy Kilmister tribute on The Devil’s Mischief and , some fund raising for Metal Breakfast Radio, the second anniversary of Death Punk Radio, and much more!

This episode of Dark Voices, I’m exploring the Lust Ritual, the idea of the Ritual Chamber of the Mind, polyamory, and how it can all go wrong. All the names in this story have been changed.

Dark Voices is a story telling show where story telling and Satanism intersect. It explore true stories in a richly produced way to evoke “movies for your ears.”

This week on The Metro, Citizen JNothing brings you the sounds of Mental As Anything, Simply Red, Rod Stewart, Midnight Oil, Duran Duran, Cyndi Lauper, Thompson Twins, Adam And The Ants, INXS, Marshall Crenshaw, Madness, Wham!, Tina Turner, and finishing off with some Paul Hardcastle. As everyone has probably heard by now, the Great David Bowie has died. I will be doing a special with episode #320 to honor this man who gave us all joy with his music. Stand by for that.

All this news about militias and snacks can make one hungry…for comedy! Hear comparative rants on immigration from DOUG STANHOPE, BILL BAILEY, and NICK DI PAOLO, dinner with TODD BARRY, along with classic comedy sketches from NATIONAL LAMPOON RADIO.

Recorded back in October, and before the passing of the iconic Lemmy Kilmister, this show features Dave on his own. Here at MBR we’re aware of all the repeats we have been putting out for a long while, and we want to thank our listeners for their patience. In this new year we’ll be trying for a new HQ, which should see us getting back to our (ab)normal service. Your help would be appreciated by sending us donations via PayPal to: [email protected] – thanks in advance for any and all donations! For this episode, crack open a New Year beer and sit and sip along to some of Dave’s indulgences. It couldn’t possibly be as bad as you might think. Featuring DRACONIAN, NOVEMBERS DOOM, VADER, WOLFPACK, ALL HELL, KING LOBRA, BODYFARM, THE VAPORS, MORBID VOMIT, MOTORHEAD, VALLENFYRE, COFFINS, KISS, TORMENTED, NAKED RAYGUN, TYKETTO, ZOMBIE DEATH STENCH, CARDIACS, PAGANIZER, VAN HALEN and VENOM.

This month on The Sanitarium, Citizen JNothing brings you the sounds of 3TEETH, Psychic TV, Icon of Coil, Combichrist, Velvet Acid Christ, Controlled Fusion, Wumpscut, Die Krupps, Phosgore, The Eternal Afflict, and finishing up with some Excessive Force.

Hear a unique comedic tribute to the late, great LEMMY! Comedy and novelty including selected interview clips of Lemmy showing his humor, telling jokes and stories, movie samples of Lemmy, and musical dedications including a tribute performed live by Bill M. himself.  And with the new year in progress, hear a New Year’s Eve story from PAUL F. THOMPKINS.