Celebrating the 300th birthday of his relative Benedict Spinoza (1632 – 1677) saw Benjamin DeCasseres release two volumes about the man and his work. The first was Spinoza: Liberator of God and Man in 1933, and the second was Spinoza Against the Rabbis in 1937. This new edition combines them both for the first time, newly typeset and designed. DeCasseres brings to the light in this book hitherto unknown aspects of the doctrines of Spinoza: his liberation of God from the shackles of anthropomorphism, his glorification of the Will-to-Power, and his divinization of the Ego of the individual man. In the chapter entitled “Anathema!” DeCasseres has with a dramatic power only equaled in the pages of Victor Hugo or Merejkovsky pictured the excommunication from the Jewish Church of Benedict de Spinoza. 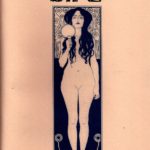 Individualist, anarchist, occultist, and traveler, Alexandra David-Néel was born in Paris on October 24th 1868 and is certainly one of the most singular and iconoclastic figures in anarchist history. Presented here is the first-ever English translation of her masterful treatise on individualist anarchism, For Life. Translated by Vincent Félix.

“May each follow entirely, everywhere, and always the impulse of his nature, narrow-minded or ingenious, whatever the case may be. Then, and only then, will man know what it is to be alive, in place of despising life without ever having truly lived.”

Inspired by Ambrose Bierce’s The Devil’s Dictionary, Louis Andrew Rollins first unsheathed his lexicographer’s lance in the pages of marginal political periodicals during the mid-1980s. At a time when Objectivist orthodoxy and Cold War political theater dominated libertarian discourse, Rollins’ distinctive brand of irreverent irony stood out. He skewered shibboleths and dethroned dogmas from all quarters, and his trenchant jeu de mots made a lasting impression in the minds of many readers. In 1987, Loompanics Unlimited released the first edition of Lucifer’s Lexicon, a freewheeling compilation of Rollins’ satirical definitions—including content deemed too inflammatory for less adventurous publishers. Though the book would become a cult classic, Rollins’ contrarian take on certain closely guarded historical and religious taboos chafed the sensibilities of some gatekeepers. Following its release, Rollins—who had previously courted controversy for his incisive critique of natural rights theory—was marked a pariah. 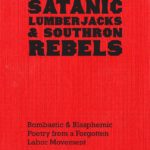 This collection of poetry is culled from the three labor journals that Redbeard-inspired Wobbly activist Covington Hall edited from 1913 to 1916: The Lumberjack, The Voice of the People, and Rebellion. Hall was known as one of the top poets of the labor movement in the Progressive Era, and he was an writer and teacher for many decades until his death in 1951. Being a member of the Industrial Workers of the World, a labor organization known for pitched street fights and “direct action,” in Hall we find the greatest advocate of the Chicago social-Darwinist Ragnar Redbeard, and that infernal book Might is Right. A book that was highly critical of any paid labor, much less Union organizing. Hall looked past the conflicting parts to focus on the core message: the only foundation for right is the ability to enforce one’s will on others. The poems contained within are from the pen of Hall, but also others that he found worthy to print in his own journals, including “Satanic Socialist” Henry M. Tichenor, author of The Sorceries and Scandals of Satan. They represent that curious melding of Might and Blasphemy and Labor in stirring, sometimes satirical ways. Featuring an introduction by editor-in-chief of UnionOfEgoists.com Kevin I. Slaugther.