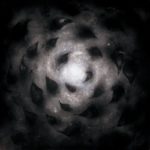 Stephen Kasner talks to Cleveland Scene magazine about overcoming his medical and emotional challenges and his current exhibit at Hedge Art Gallery in Cleveland.

The reports of Stephen Kasner’s death have been greatly exaggerated. While Kasner disappeared from the scene for several years due to health issues and the nightmare of what it’s like to be uninsured, his work is healthier than ever. His ethereal paintings and mixed-media pieces, always prone to leaving viewers’ jaws agape, are taking on new life at a fresh Hedge Gallery exhibition.

Read the full interview at clevelandscene.com.

See a preview of Stephen Kasner’s work at hedgeartgallery.com, his exhibit runs through September 1st.

HEDGE GALLERY IS LOCATED IN 78TH STREET STUDIOS, AND IS PART OF THE GORDON SQUARE ARTS DISTRICT.

IT IS LOCATED ON THE SECOND FLOOR OF THE BUILDING, IN SUITE 200.