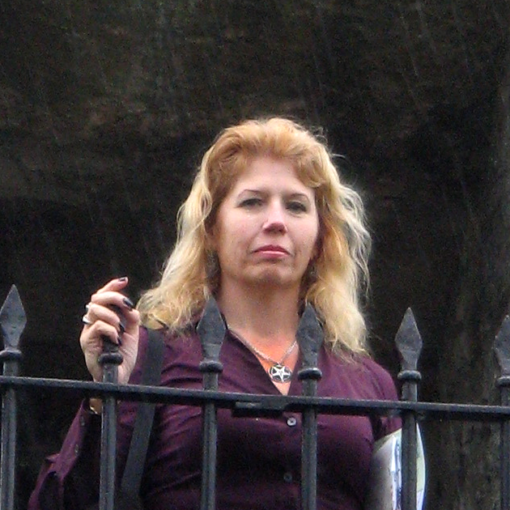 Listen to Magistra Templi Rex Blanche Barton discuss the religion of Satanism, humor, rational self interest, rituals and Satanism in a post-Christian culture. The interview was originally conducted in 2004 and WPR has reproduced it for the 2019 Halloween season. Stream and download the full interview and read excerpts at wpr.org.

Magister Carl Abrahamsson on Beyond the Darkness Podcast  BEYOND the DARKNESS explores Occulture: The role of magic & the occult in culture from ancient times to today with the Unseen Forces That Drive Culture Forward with Carl Abrahamsson. Magic, and the occult have been intimately linked since our prehistoric ancestors created the first cave paintings some 50,000 years ago. As civilizations developed, these esoteric forces continued to drive culture forward.  Listen on Darkness Radio now! Support Magister Carl Abrahamsson on Patreon.

Warlock Dave Ingram Interviewed at Ave Noctum “In a candid interview over a few beers, Mark Eve chats in depth with bona-fide death metal legend Dave Ingram.  Known for his unmistakable vocal performances in bands such as Benediction, Bolt Thrower, Downlord, Echelon, Down Among The Dead Men and, most recently his time fronting the Dutch death metal storm-troopers Hail Of Bullets as well as having a mountain of other bands and projects on the go.” http://www.avenoctum.com/2017/06/interview-dave-ingram-audio/ Photo credit: Hans van Hoof

Speak of the Devil – Reverend Campbell Interviews Erin Latta Sunday, December 11th 3pm MST https://youtu.be/rfp8ar5qK14 Host of Down to the Crossroads,  Erin is one of my favorite Satanists in the world and this is an opportunity for me to both catch up with her and give you all a little more insight into her mind. She is a perpetual scholar whose interests span the gamut of human expression. You will not want to miss this interview! Subscribe to the YouTube channelSign Up to the Email List

Speak of the Devil:  Adrian Vino  Monday, November 28th7pm MSThttps://youtu.be/pSSrXZXu0Io Speak of the Devil – Reverend Campbell Interviews Adrian Vino about his album Black Fire League: In The Throes Of Elegance. We’ll discuss how he discovered Satanism, his passion for music and much more. You can listen to some of the tracks and purchase the digital download at blackfireleague.bandcamp.com. Subscribe to the YouTube channel. Hail Satan!– Reverend Campbell

Speak of the Devil:  Andy Howl & Peter H. Gilmore  Wednesday, November 9th 6:30pm MST https://youtu.be/_BtT8V-P1Vs Speak of the Devil – Reverend Campbell Interviews Andy Howl & Peter H. Gilmore about their collaboration on The Devil’s Reign, The Devil’s Reign Psychedelic Blasphemy and The Devil’s Reign Presents Sinfonie Sinistre Album. You can find Howl Gallery at http://www.howlgallery.com/, Howl Books at http://www.howlbooks.net/ and the Church of Satan at https://www.churchofsatan.com/​ Subscribe to the YouTube channel for updates on live shows! https://www.youtube.com/channel/UC0Waap5wQfJ7uVBVSg3Rn_Q