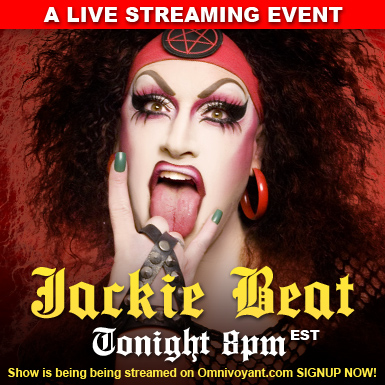 Jackie Beat‘s performance tonight at the House of Netherworld will be streamed live via Omnivoyant.com, beginning 8:00 pm, EST. 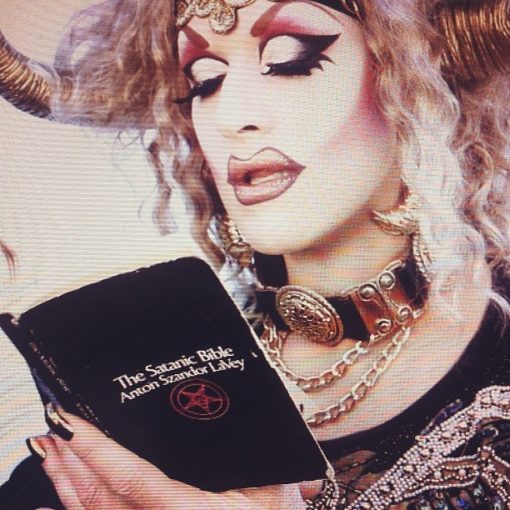 Log onto Omnivoyant.com on Friday, August 16th to watch Jackie perform live at a private party for an exclusive audience at the House of Netherworld! Drag superstar JACKIE BEAT has been entertaining audiences across the U.S. and in Europe for over 25 years with her razor-sharp comedy and hysterical song parodies. Jackie not only warps hits by Britney Spears, Madonna, Mary J. Blige, Christina Aguilera, Cher, Lady Gaga, Katy Perry, Mariah Carey and many others, but she flawlessly sings her twisted new versions live — hitting every last note. Her hilarious music videos on YouTube are huge hits that have […]