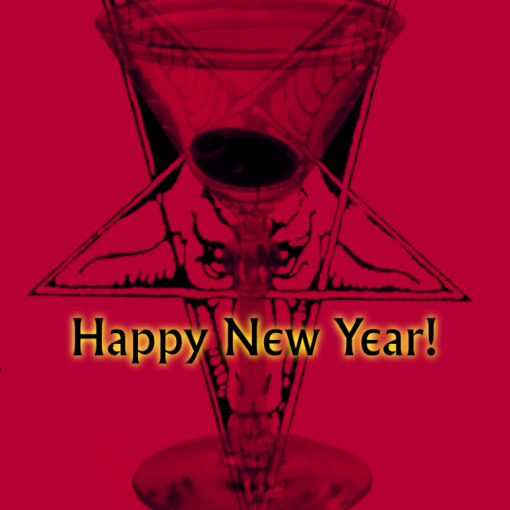 Tomorrow begins year LVIII, Anno Satanas. We live in a time of social upheaval. Global economies are in spasms, kept in drastic flux by an ongoing aggressive war which has again raised the specter of possible military nuclear detonations. This chaos has provided an open season for authoritarian power grabs. While Christianity had played the role of a domesticated belief system—their most widespread denominations were not actively involved in crushing the pluralism of contemporary times—we can clearly see that the Dominionists amongst them have been working diligently to seize political power towards the end of legislating their beliefs as law—other […]

MEMENTO MORI: LEGACIES —Magus Peter H. Gilmore With the ending of 2015 and arrival of 2016, it struck me that in the past month several people who made significant impacts in some manner on our culture have died. I had recently fulfilled a request to write an appreciation of a man I knew—a poet and novelist, once a dear friend—who had, towards the end of his life, withdrawn from his wide circle of friends and colleagues so that his death had gone mostly unnoticed. His work was potent and visionary, mainly published in small press venues with low print runs […]