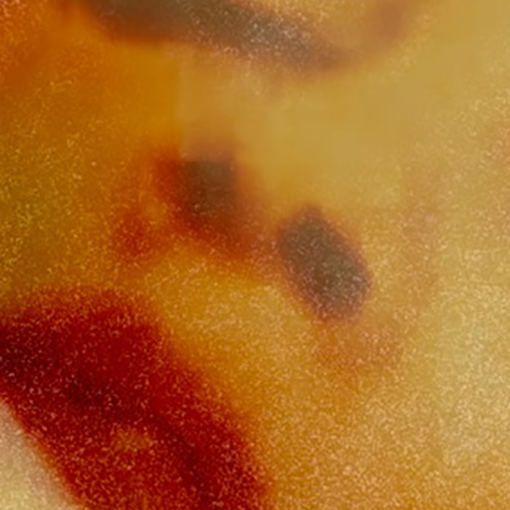 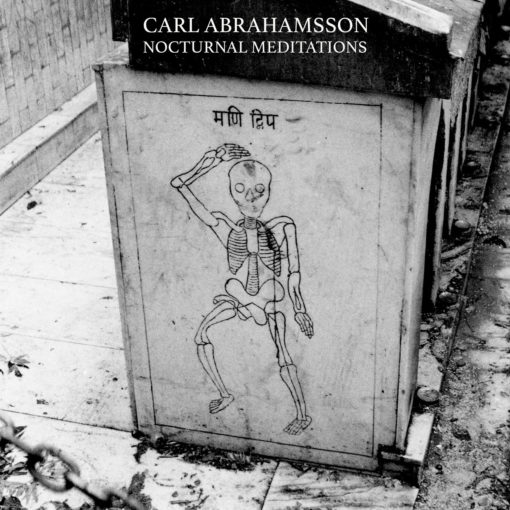 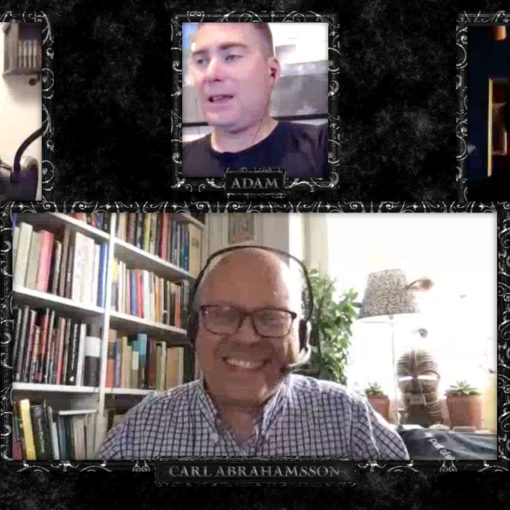 The Devil You Know Podcast presents: Episode 123 – Carl Abrahamsson! Dorian Grey and John H Shaw talk to special guest, Magister Carl Abrahamsson, about his new film coming entitled Anton LaVey: Into the Devil’s Den! Special thanks to: Carl Abrahamsson Adam Roberts Be a part of something great by donating today: https://www.indiegogo.com/projects/anton-lavey-into-the-devil-s-den-documentary www.patreon.com/vanessa23carl www.carlabrahamsson.com www.trapart.net www.trapartfilm.com www.highbrow-lowlife.com https://vimeo.com/carlabrahamsson/vod_pages www.facebook.com/authorcarlabrahamsson twitter.com/CaAbrahamsson www.instagram.com/carl.abrahamsson Send us an email with your comments, tryouts, rants, or even recordings for a possible airing on the show to info@thedevilyouknowpodcast.com You heard it here first! 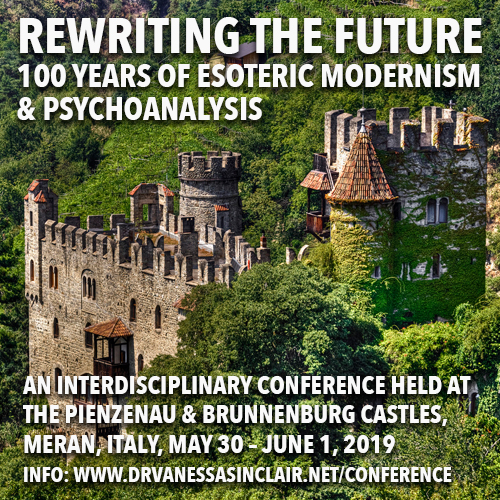 Magister Carl Abrahamsson and Vanessa Sinclair present this once-in-a-life time conference on esoteric modernism and psychoanalysis. This event will also feature a presentation by Magistra Blanche Barton on Satanism and the Church of Satan. More information at carlabrahamsson.com, press release below: Registration is now OPEN! Events will take place over 3 days: Thursday – Saturday, May 30 – June 1, 2019. The first two days proceedings will be held at Schloß Pienzenau & the third and final day will be at  Brunnenburg Castle once the home of Ezra Pound, whose grandson Siegfried de Rachewiltz will be joining us. The castles are located in the beautiful mountains […]

Upcoming Performances and Post-Industrial Publications from Magister Carl Abrahamsson Performance in Stockholm Sep 14, 2018 On September 14th, we perform at legendary experimental music scene/club Fylkingen in Stockholm. It will be all new material in terms of music and poetry. We are very happy about this performance, and look forward to seeing/hearing the other acts. We will also bring stuff to sell: cassettes, DVDs, books etc. Come by and say Hi! We hope to see you there! Here’s all the information from Fylkingen’s website: LAST DOMINION LOST The Australian unit Last Dominion Lost has existed since 1992, formed out of the ashes of […]

Magister Carl Abrahamsson on Beyond the Darkness Podcast  BEYOND the DARKNESS explores Occulture: The role of magic & the occult in culture from ancient times to today with the Unseen Forces That Drive Culture Forward with Carl Abrahamsson. Magic, and the occult have been intimately linked since our prehistoric ancestors created the first cave paintings some 50,000 years ago. As civilizations developed, these esoteric forces continued to drive culture forward.  Listen on Darkness Radio now! Support Magister Carl Abrahamsson on Patreon.

Occulture:  Carl Jung – Myth Maker Online Lecture Jan 14th   Magister Carl Abrahamsson’s Occulture online lecture series moves on. The next subject will be Carl Jung – Myth Maker. In the development of concepts like the “archetypes” and the “collective unconscious”, Carl Jung not only looked at isolated myths in themselves but also at their artistic expressions. He claimed that there is an impulse-generating layer in the psyche that is shared by all human beings and that can be directly accessed through introspection, dreams, the study of myths and personal, artistic work. A certain culture can possess a more rational […]

Mitch Horowitz: Good, Clean Satanism  Occult writer and lecturer Mitch Horowitz reflects on his early impressions of Satanism and rediscovering the writings and philosophy of Anton LaVey. I had once written off Anton as a showman and gifted musician with a instinct for the (virtual) kill. I saw his theology as little more than a secularized bastardization of British occultist Aleister Crowley, with a side of Ayn Rand’s Objectivist ethics and will-to-self thrown in. I was wrong. As I recently discovered in cultural critic and occult explorer Carl Abrahamsson’s stunningly insightful forthcoming study Occulture, Anton had a more fully developed […]

Occulture 2017 Lecture/Webinar:  Anton LaVey – Magical Innovator  Already in The Satanic Bible, Anton LaVey had shown considerable creativity. Concepts like ”Psychic Vampire” and ”The Balance Factor” soon became household terms in America and the rest of the world. His description of the ritual space as an ”Intellectual Decompression Chamber” also hit home outside the strictly Satanic perimeters. As did the slightly later term ”Occultnik”, signifying a person who is lost within old structures of occultism without being able to see what’s really of use on a practical, material level. LaVey’s initial key works, The Satanic Bible and The Satanic Rituals, are great examples […]

Magister Carl Abrahamsson’s “Occulture: The Unseen Forces That Drive Culture Forward” Pre-Order Available Explores the role of magic and the occult in art and culture from ancient times to today  • Examines key figures behind esoteric cultural developments, such as Carl Jung, Anton LaVey, Paul Bowles, Aleister Crowley, and Rudolf Steiner • Explores the history of magic as a source of genuine counter culture and compares it with our contemporary soulless, digital monoculture • Reveals how the magic of art can be restored if art is employed as a means rather than an end and offers strategies to rekindle intuitive […]

California Infernal: Free Shipping Worldwide July 15 to August 15 Movie star Jayne Mansfield and notorious Satanist Anton LaVey met in 1966. Both were publicity conscious and made the most of the meetings, which evolved into friendship. Almost always present was German paparazzo Walter Fischer, stationed in Hollywood and catering to image- and scandal-hungry photo magazines all over the world.Fischer’s unique collection of photos takes us straight into the ritual chamber of the Church of Satan in LaVey’s infamous “black house” in San Francisco, as well as into Mansfield’s Hollywood “pink palace”. We also get to follow LaVey on excursions […]

California Infernal is Back! 15% Discount at TRAPART Books Movie star Jayne Mansfield and notorious Satanist Anton LaVey met in 1966. Both were publicity conscious and made the most of the meetings, which evolved into friendship. Almost always present was German paparazzo Walter Fischer, stationed in Hollywood and catering to image- and scandal-hungry photo magazines all over the world. Fischer’s unique collection of photos takes us straight into the ritual chamber of the Church of Satan in LaVey’s infamous “black house” in San Francisco, as well as into Mansfield’s Hollywood “pink palace”. We also get to follow LaVey on excursions […]