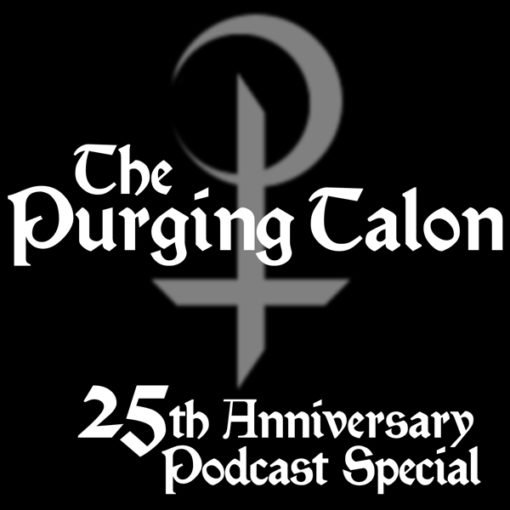 The Purging Talon 25th Anniversary Podcast Special In this nearly two-hour special, Purging Talon Executive Director, Matt G. Paradise takes you on a comprehensive retrospective journey through the first 25 years of this media company’s output. Highlights include: – The pre-history of Purging Talon: The Slam Compactor, Pubic Itch – The premiere of Poo Poo Magazine – The zine culture of the 1990s – The controversies that followed us – Not Like Most, its popularity and influence – One-offs and various limited releases from Purging Talon: Flames From The Internet, Superhighway To Hell (print edition) – The “lost” projects: Poo […]