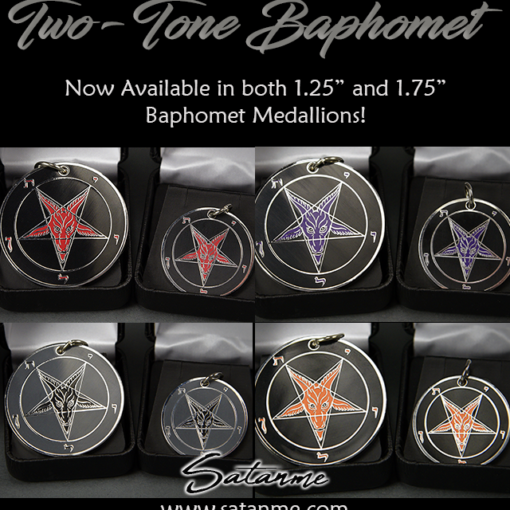 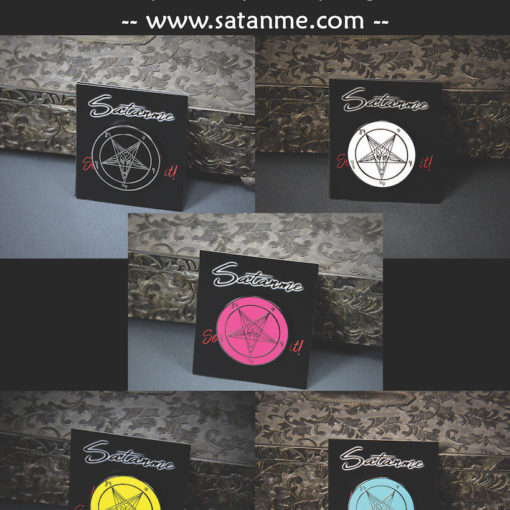 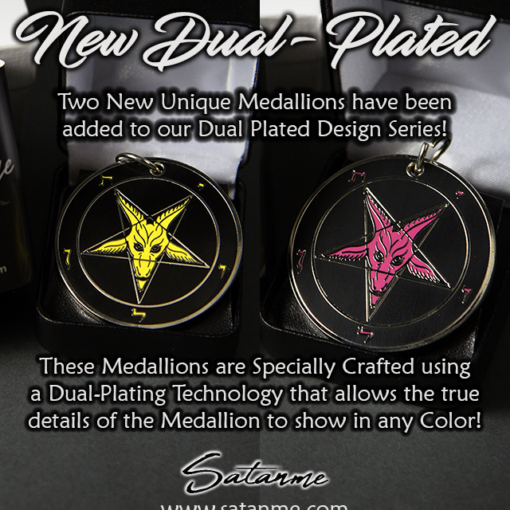 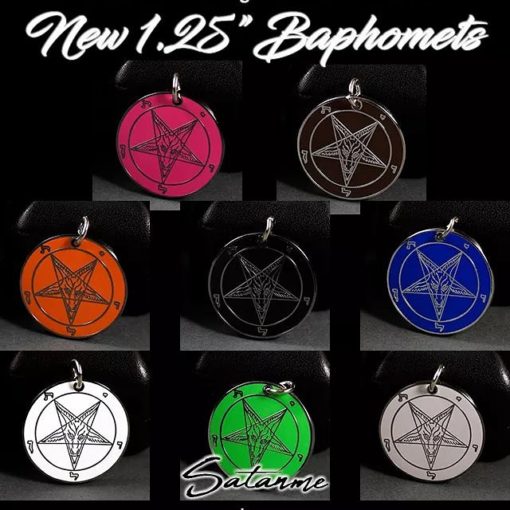 Satanme presents a spectrum of colors in their latest line of 1.25″ cloisonné Sigil of Baphomet medallions, authorized by the Church of Satan! Select your favorite colors and place an order here. 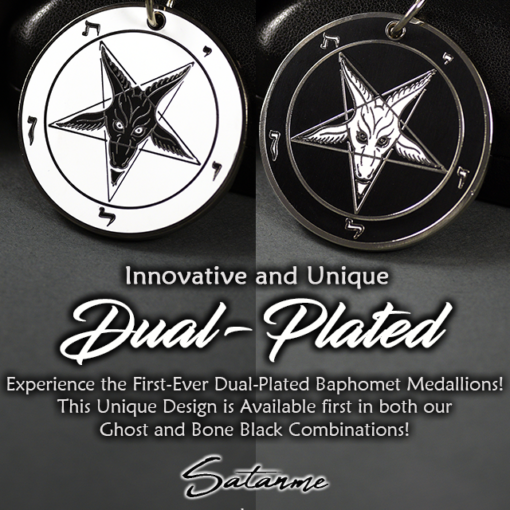 We take great pride in introducing the first ever Dual Plated Baphomet Medallions! Months of innovation went into bringing these “monsters” to life, but we can finally shout “It’s Alive” with all our breath! Bone Black and Ghost versions. Experience the glorious Horror and many other things at https://www.satanme.com 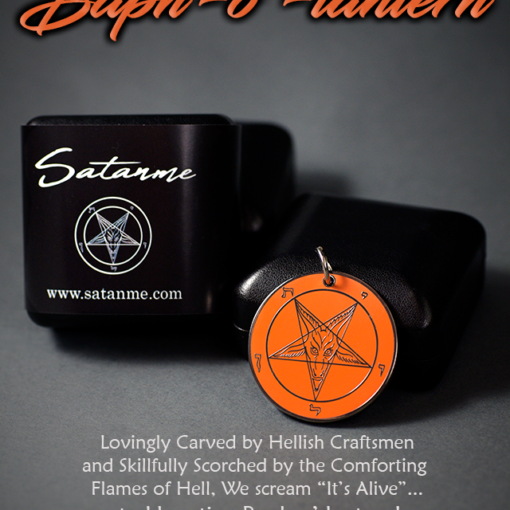 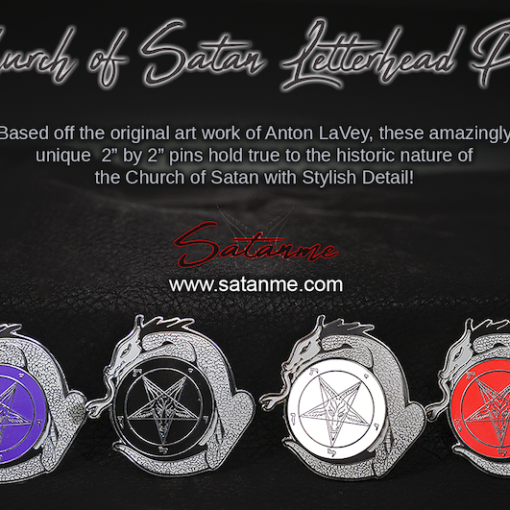 This truly unique Church of Satan Letterhead Pin pin is based off the stationery designed by Dr. LaVey soon after the Church of Satan was formed back in 1966. The drawing was used on all Church of Satan letters and correspondence for many years. The dragon that wraps around the Baphomet was later shrunk down and used on the pages in The Satanic Bible. The Pin measures 2 inches wide by 2 inches high and about 1.5mm thick, the Baphomet Sigil on the pin is just about 1.25 inches by itself! It is quite the eye catcher with its size! On […] 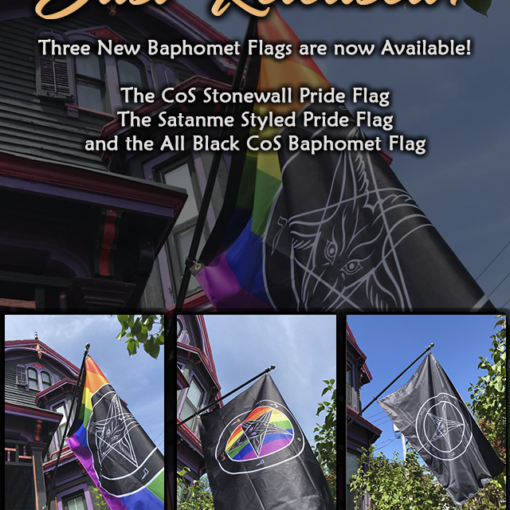 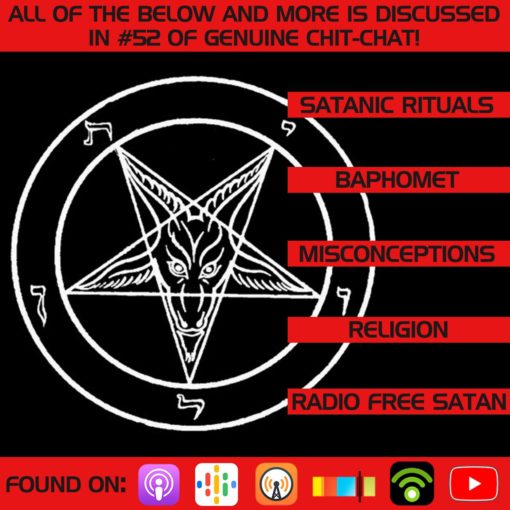 This Sigil Of Baphomet makes many people assume the worst, but @itsbillm clarified what the Church Of Satan is truly about. If you want your own opinions challenged, check this ep out, it may surprise you! Now available on iTunes. 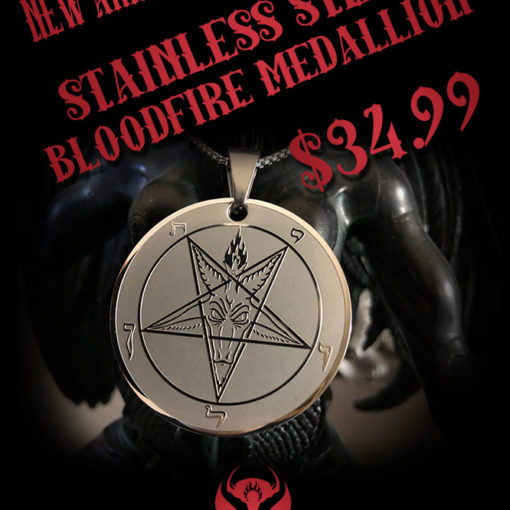 iSatanist Presents: New Stainless Steel Magister Les “Bloodfire” Hernandez Medallions have arrived! In cooperation and by direction of Magister Hernandez, iSatanist is happy to announce that these are now available! 316L Surgical Stainless Steel. Price is only $34.99, and will go up soon! These medallions were set in motion prior to Les passing and we were instructed to make these available to you! Get them while you can! 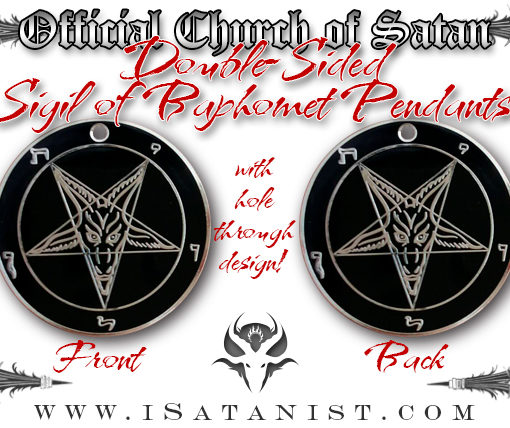 iSatanist has outdone themselves once again! NEW DOUBLE-SIDED Official Church of Satan Sigil of Baphomet Pendants! Comes with “hole-through” design like the days of old! The customers requests have been answered! PREORDER NOW! Price goes up very soon! Only at iSatanist!