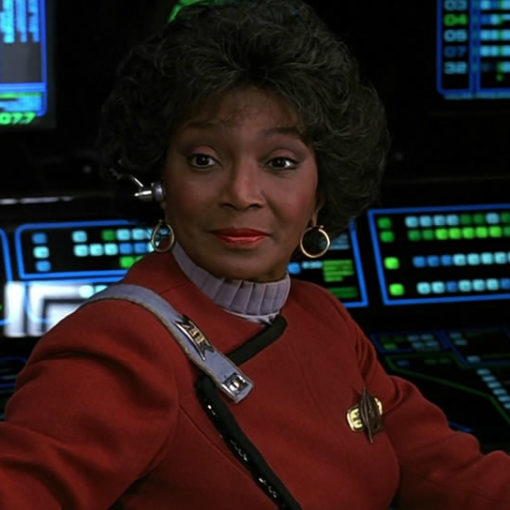 I am truly sad to report that Nichelle Nichols has left this Earthly realm. Her character on Star Trek, Nyota Uhura, was an icon for me from my childhood, when I breathlessly watched her on the premiere episodes of the original series. Here was a lovely, effective, and integral member of the crew, fourth in command on the USS Enterprise and able to assume any of the responsibilities on the bridge when necessary. She was not the Captain’s wife; she was not there to make Space Coffee, nor was she there to push a mop or broom. Uhura’s mission was […]

In remembrance of Leonard Nimoy (1931-2015) Here was a man who lived life to the fullest—actor, director, poet, photographer, author, and teacher. He actively explored his talents and made our lives richer through his creativity. Uniquely, playing the role of Mr. Spock and breathing life into the fascinatingly logical character devised by Gene Roddenberry, Nimoy brought forth a new and resonant archetype that remained a focal point of the television series and films comprising STAR TREK, boldly moving beyond that fictional universe into our culture. His Vulcan-Human hybrid being was meant to have a devilish mien—the original plan even had […]