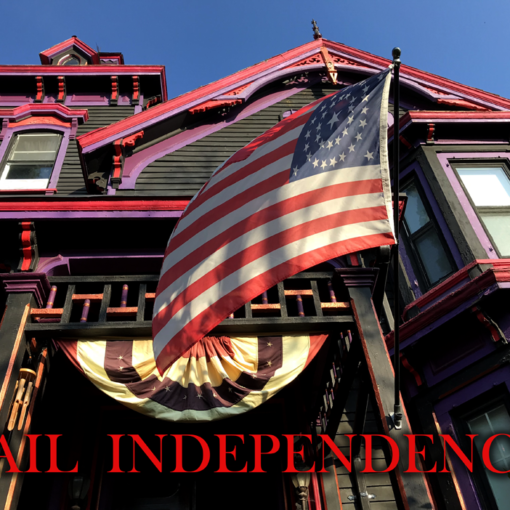 Once again, we mark the anniversary of The Declaration of Independence, that traitorous 1776 statement which lead to the foundation of the United States of America. Those colonials who wanted to shed foreign rule ostensibly intended their territorial union to be a secular republic—a most unusual endeavor in the annals of human history. As a philosophy of individualism and self-determination, Satanism’s fundamental principals endorse “Life, Liberty and the pursuit of Happiness” as promised fundamental “rights” that should be ensconced in a governmental system serving all participating in that society. Yet, from that auspicious conceptual beginning, not all under the newly-crafted […]

9/11—Legacy of Terror Once again I take this occasion to ponder theism-inspired atrocities that abound in our world. Since last year, people in Western nations have been shocked in particular by the shootings at Pulse—the gay nightclub in Orlando—as well as the incident in Nice wherein a truck was used to crush numerous people celebrating Bastille Day. There are profuse analogous lunatic incidents in other nations wherein lives are extinguished. While other factors are involved in such terrorist acts, the values and concepts arising from obeisance to deities are primary sources for the thoughts and conflicted feelings of those whose […]

The Murderous Madness of Theism We grieve with those who lost friends and family, and again must reiterate the source of this latest tragedy. —Magus Peter H. Gilmore

When self-proclaimed “satanists” commit heinous acts that grab headlines, journalists typically tend not to point out that their deeds are incongruent with our philosophy of Satanism—which we have accurately presented to the public for nearly 50 years—nor do they explain that there is no organization nor any philosophical literature that would support the committed crimes. We step up to make that point and it is then said that we are “distancing ourselves” from these criminals when in fact there is already a vast gulf between our philosophy and such behavior. It is not that we’ve embraced and then disowned these […]

On this anniversary of the terrorist attacks that killed many who were simply going about the business of enjoying their lives, it is apt to recall the danger that extremist religions pose to those who are not their adherents. In the past year we have seen journalists beheaded, individuals executed for practicing “sorcery,” children captured for sexual slavery, and people of all ages and genders slaughtered for believing otherwise than their captors. Yet even those who would not be deemed “religious extremists” still follow the age-old practice of intolerance towards non-believers and others who do not share their particular scripture-based […]

Founded in 2002, this militant terrorist movement states its goal as establishing a “pure” Islamic state controlled by the concepts of “sharia” and in the process stopping what they deem to be “Westernization,” which seems to mean education about anything beyond Islamic scripture. To that end, on April 14 their spokespersons claimed the group had abducted approximately 276 teenaged female students from a school in the village of Chibok, stating that their plan was to “sell them in the marketplace.” Their leader, Abubakar Shekau has said that Allah commands him to sell these girls. Fifty-three were fortunate enough to escape […]