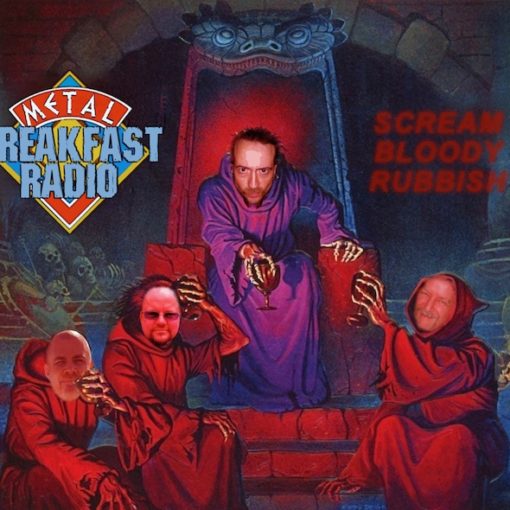 Metal Breakfast Radio – Episode 43.1 “In this mechanised clash of empires…” This show has been sat in the can awaiting release for a long time. So it gets a good dust off, and given a oily rub down. The last show recorded together before the lockdown started, and sadly the last one in the Gibbon room at Bob’s work, which has since closed. Good friend Laurs joins in once more as a guest to provide a fearsome foursome, and hilarity ensues. On this episode you’ll hear: Reactions to not cutting things off. Viking buttock death and crust-stroking Italians. Cheese-string […] 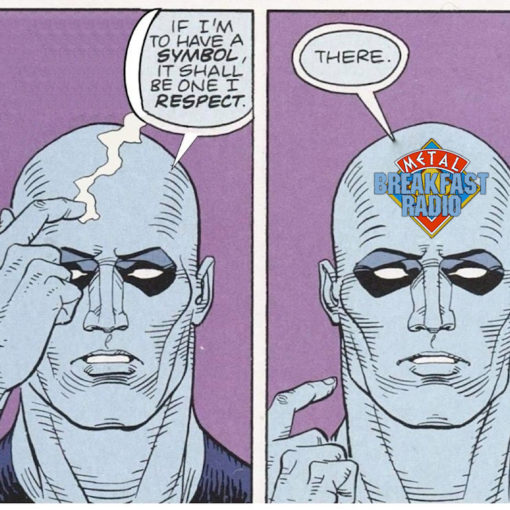 Metal Breakfast Radio – Episode 42.6 “Well, maybe he is…” We (and by that we mean Dave) finally got a show edited. And by that we mean half a show. Confused? Then we’ll explain. First half of this episode features the unusual suspects of Bob, Kent and Dave in all their somewhat drunken glory, giving it large with a selection of tracks delivered to the door from multiple nefarious sources. You may hear references to episodes that have yet to air, but that’s just the beer talking. We never got to finish that particular episode as the beer talked way […]

“All around my…” Dave turns 50! Usually on these celebratory occasions — or when he does a show alone, as he is this time — then it’s an indulgent episode. But NO, for this one Dave gives in to indulgence and returns the favour to boss of Transcending Obscurity Records by promoting the label sampler for 2019. Though there’s a minor indulgence toward the end; during the show Dave spins a demo version of a track from triple-fronted death metal monsters TROIKADON. This song only features Kam Lee on vocals (Karl and Dave have yet to record their parts) so […]

Warlock David Ingram Update: European Tour, New Album, TROIKADON, & more.  After recently receiving the prestigious Satanic Warlock of the Year Award, David Ingram has not been resting on his laurels. In fact, he has attempted to double his workload. Here is an update on his current and future projects. JUST BEFORE DAWN Early 2018 sees David treading the boards onstage around Europe (and elsewhere) with war metal-heads Just Before Dawn. The band is a project between two Swedish gents, Anders Biazzi and Jonny Petterson, and they invite guest musicians to perform on their releases. So far, David has written 6 […]

Video Premiere: Ursinne – ‘Talons’ (360 Degree Video) at Decibel Magazine “Ursinne — a death metal group featuring vocalist Dave Ingram (Echelon, ex-Bolt Thrower, ex-Benediction) and multi-instrumentalist Jonny Pettersson (Wombbath, Henry Kane), with bassist Sonia Nusselder (Sepiroth) added to the lineup later — are preparing to release their debut album, Swim With the Leviathan, later in the summer.” Click and drag the video for a full 360 video in your browser or use Google Cardboard.