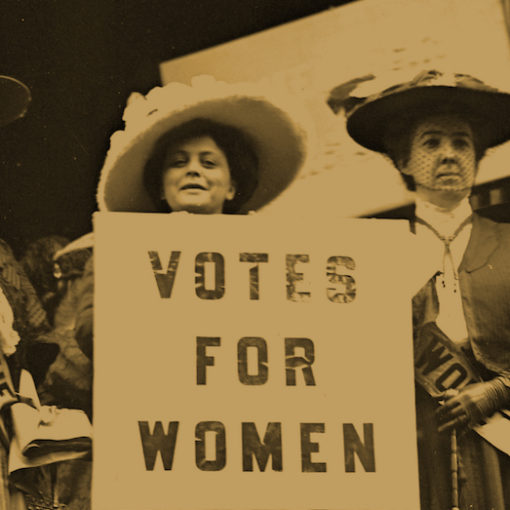 On June 4th, 1920, the 19th Amendment to the Constitution was passed by Congress and ratified on August 18th, granting women the right to vote after a 73 year struggle. Women’s suffrage began before the Civil War and included civil disobedience, vandalism and even arson, resulting in women protesters being beaten, jailed and starved into submission. After having their cause “shelved” during the War Between the States, women activists were not relinquishing it for the distractions of World War I, and mounted signs outside the White House criticizing the President for visiting dignitaries to read. It seems absurd to those […] 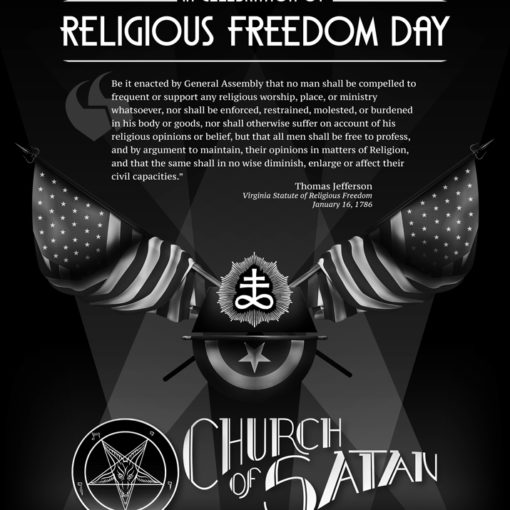 In 1992, the US Congress deemed January 16th as Religious Freedom Day in celebration of the Virginia Statute for Religious Freedom passed on January 16 of 1786. This act is a significant precursor of the Establishment Clause and Free Exercise Clause of the First Amendment to the United States Constitution. The full text of the act can be read here. Let me extract its final paragraph: “Be it enacted by General Assembly that no man shall be compelled to frequent or support any religious worship, place, or ministry whatsoever, nor shall be enforced, restrained, molested, or burthened in his body or […]

Church of Satan celebrates Religious Freedom Day As we approach our upcoming 50th anniversary, many members of the Church of Satan find it relevant to embrace today’s national holiday. We’ve been free to offer an individualist, atheism-based, carnal alternative to the world’s spiritual doctrines for the past 50 years and expect to be able to continue welcoming fellow iconoclasts for centuries to come. Please visit our page to honor this day. You’ll find thought-provoking essays, video, music, and even merchandise and a contest! We invite you to share our joy in this American legacy of liberty! Our U.S. citizen readers may also find […]

Governmental Evangelism? Presidential hopeful John Kasich, the governor of Ohio, rashly proposed creating a governmental agency to promote “Judeo-Christian” values as part of his projected approach to national security should he be elected. At his National Press Club speech, Kasich stated that he’d create “a new agency that has a clear mandate to promote the core, Judeo-Christian Western values that we and our friends and allies share: the values of human rights, the values of democracy, freedom of speech, freedom of religion and freedom of association.“ Fortunately the constitutionality of such a nonsensical concept was swiftly raised even amidst the media frenzy […]

The Church of Satan celebrates our 50th year of offering an individualist, atheism-based, carnal alternative to the world’s spiritual doctrines on Religious Freedom Day. Visit our page to honor this day. You’ll find thought-provoking essays, video, music, and even merchandise and a contest! We invite you to share our joy in this American legacy of liberty! —Magus Peter H. Gilmore