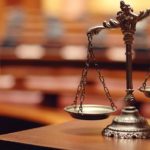 AUSTIN, Texas (AP) — A Texas judge has approved a prosecutor’s declaration of innocence for the former owners of a day care who were imprisoned for 21 years for child abuse and satanic rituals.

Dan and Fran Keller were freed in 2013 after the Texas Court of Criminal Appeals determined a doctor gave false testimony in their trial. They divorced in prison.

The couple was convicted in 1992 of sexually assaulting a 3-year-old after children in their care told investigators fantastic tales of dismembered babies and tortured pets.

The Church of Satan has long defended Satanism against the delirium of Satanic Ritual Abuse in the media and in court, elucidating our philosophy’s explicit condemnation of child and animal abuse in our literature. In a time of fake news, wild conspiracy theories, and outright hoaxes we trust that this case’s resolution brings needed attention to the irrational moral scapegoating that was the Satanic Panic, and might prevent future occurrences of similar forms of mass hysteria.

Texas Monthly: The Innocent and The Damned

The Eleven Satanic Rules of the Earth