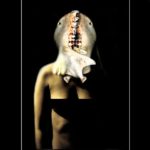 VALENTIN SCHWARZ AT THE DIRTY SHOW IN ZURICH / CH CONTINUES

The first „Dirty Show® Zurich“ took place in Febuary 2009 at the cinema Roland in Zurich. This exhibition was part of a satellite show, held for the 10th anniversary of the Dirty Show® Detroit.