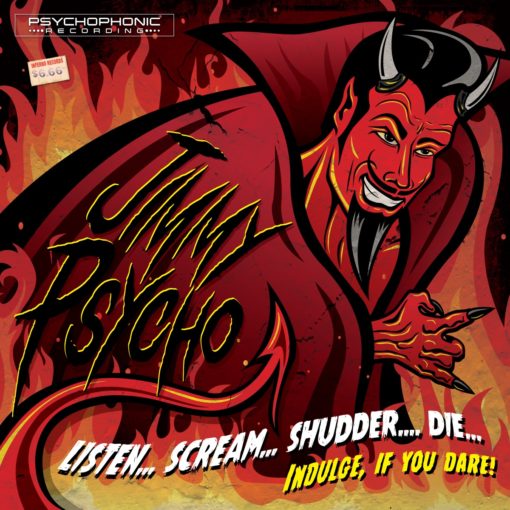 Jimmy Psycho is thrilled to announce the release of “LISTEN…SCREAM…SHUDDER…DIE…”, a collection of previousy unreleased original songs from various horror and Halloween-themed projects. It includes eleven tracks consisting of the original songs interspersed with “haunted house” sound effects. LISTEN…SCREAM…SHUDDER…DIE… is a spooky, fun departure from Psycho’s other projects including his long-standing “horror rawkillbilly band PSYCHO CHARGER and the wildly popular “spooky sci-fi punk rock” lounge sounds of THE JIMMY PSYCHO EXPERIMENT. Psycho says, “This release really is a result of the pandemic era that we live in. I finally had time to go back and comb through all my old projects […] 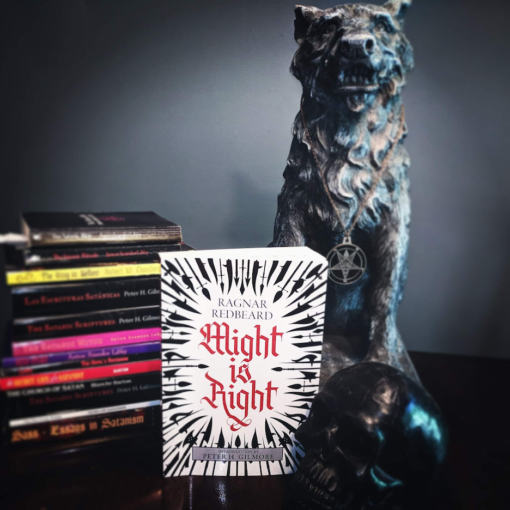 The Authoritative Edition of Might is Right by Ragnar Redbeard is now available. The variant text of the five editions published in the author’s lifetime have been harmonized into one volume. In addition, this new volume contains thousands of previously undocumented citations and a never-before-published index. It features a new introduction by Peter H. Gilmore, High Priest of the Church of Satan. Paperback, 406 pages, 6×9, $19.95. Available from the publisher Underworld Amusements (US ONLY) Available from Amazon.com | UK | IT | DE | FR | ES | JP “Undoubtedly the most bizarre product of the American Nietzsche vogue… a […] 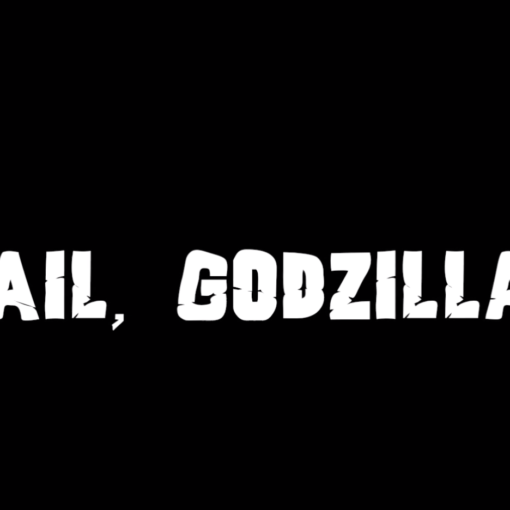 HAIL GODZILLA! From the creative team that brought you last Halloween’s treat, H.P. Lovecraft’s “Hallowe’en in a Suburb”, comes the heart-felt ode “Hail, Godzilla!” A spoken word/music video honoring the King of Monsters—Godzilla!  Jimmy Psycho explains how this project came to be: “It was such a pleasure to work with these gentlemen last year on H.P. Lovecraft’s “Hallowe’en in a Suburb”, our first collaborative effort. When it came time to thinking about a project for this year, I recalled Magus Gilmore’s “Godzilla writings” and Andy Howl’s The Devils Reign III: Daikaiju” book (available at howlbooks.net). Gene Lavergne did such a […]

The rising hippy culture as well as the burgeoning “occult revival” of the 60s, while contesting the rigidity of previous decades, brought forth a general sloppy spiritualism that LaVey felt needed to be challenged by his third-side perspective. Thus, while inverted crosses and the desecration of symbols held dear by Christians could play a role, slaughtering contemporary sacred cows was also encouraged by Satanism. He suggested that a contemporary black mass might vilify well-respected gurus and LSD sugar cubes might be trodden underfoot. His sense of blasphemy thus did not stop at Christianity, but was applied towards mockery of anything […]

Stanford Murder & Definition of Satanism His definition of a satanic murder? “It would have to be committed by two or more people to have some kind of a spiritual or religious connotation, you have to have multiple people involved,” Lanning said. – ABC 7 News, “40 years later, satanic reference still tied to Stanford murder” This definition ignores the importance of determining from what religion the “spiritual or religious” connotation has arisen. Satanism is a carnal, not a spiritual, religion. Our principles are against rape and murder. Even if someone misappropriates our symbols for use in a crime, it does […]

Yes, We Have No Occultism by Magus Peter H. Gilmore As I have written, we resist all who would try and inject aspects of supernaturalism and theism into what was stated by Anton LaVey to be a philosophy dedicated to rational self-interest, indulgence and the glorification of the material and carnal aspects of life. Satanism supports science and clearly advocates keeping an open mind as we continue to learn more about the Universe. LaVey was always very careful to use terms like “supernormal” or “supranormal” for any atypical experiences which can be documented and examined, as they are part of […] 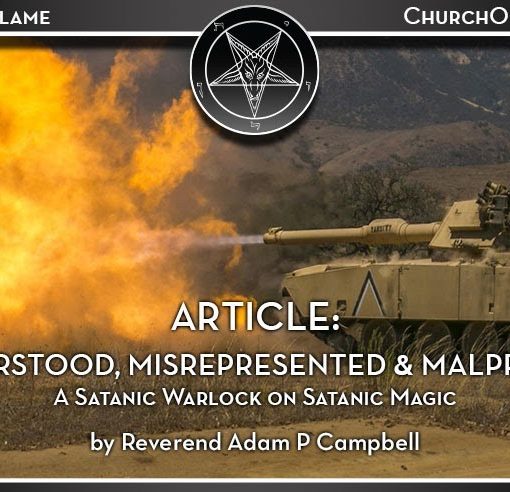 an article & video for The Black Flame—December, LI A.S. Magic is the bloodstream of the universe. Forget all you know, or think you know. All that you require is your intuition. – High Aldwin; Willow, 1988 I found myself paralyzed. I was physically and emotionally paralyzed with marvel as I watched the M1A1 Abrams tank fire it’s first round downrange and the atmosphere itself react. I could see the soundwaves of the burst as it rippled out from the cannon, spreading in all directions through space-time. Passing by and crashing against everything around it. Moving everything lacking the strength […]

SUBMIT TO THE DEVILS REIGN: PSYCHEDELIC BLASPHEMY (JULY 4th DEADLINE)  This is the last month for submissions for HOWL Books December exhibition and book, Devils Reign II: Psychedelic Blasphemy, curated by Peter H. Gilmore. Click here to read the guidelines and submit images for consideration. Artwork submitted must be psychedelic—characterized by aspects such as bright colors, complex geometric patterning, surreal juxtapositions and cartoon-derived stylization emphasizing heightened sensibilities—and blasphemous—mocking the “sacred cows” of today and those that still survive from earlier times—to be considered. Details are posted at www.howlbooks.net/submissions where you can also send us your images.  We invite you to join a new generation […]

THE GENTLEMAN DOWNSTAIRS AND OTHER SATANIC PARABLES AND FABLES These parables and fables embody wicked insights found in literature by Anton LaVey and Peter Gilmore from the Church of Satan. Like Gilmore did in his The Satanic Scriptures, I’m using the word “parables” as an intentionally theatrical oxymoron. Parables have been so tied to Christian teachings that I wanted to try and decouple the two; since at its root, a parable is simply a short allegorical story. I included fables because many of the characters in the pieces are animals or inanimate objects. The first part of the site’s title […]