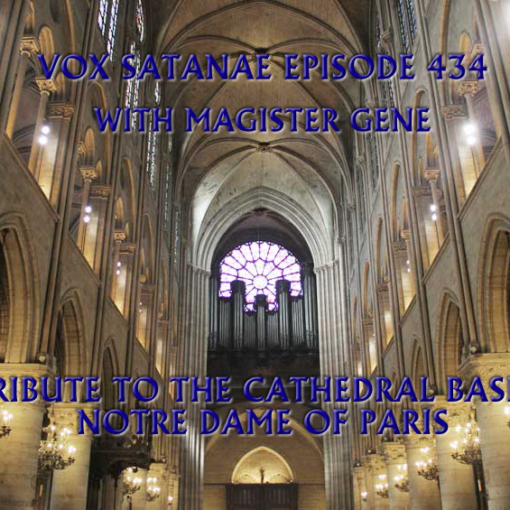 Vox Satanae – Episode 434 – 175 Minutes – Week of April 29, 2019 A tribute to the Cathedral Basilica Notre Dame of Paris This week we hear anonymous works and works by Bernard de Cluny, Magister Leoninus, Magister Perotinus, Philippe de Vitry, Guillaume de Machaut, Franz Liszt, Franz Schmidt, and Olivier Messiaen. The first segment includes music one would have heard during the two centuries encompassing the construction of the cathedral. The second is music one would likely have heard in the cathedral itself. And the third is music from or about this magnificent structure. Stream Vox Satanae Episode […]