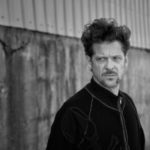 Jason Newsted is an American bassist known for his work with Metallica, Voivod and Flotsam and Jetsam. Joining Metallica in 1986 after Cliff Burton’s death, Newsted remained a member until 2001, making him the band’s longest-serving bassist. After he left Metallica, he continued with his project Echobrain, played with Ozzy Osbourne and joined heavy metal band Voivod.

Jason Newsted is now back with his new musical project NEWSTED.

He was the guest of Sonny Bellavance’s Metal Invaders. They talked about NEWSTED, about the up-coming EP METAL, played some previews, and more!!

So, join host Sonny Bellavance for this very special episode of Metal Invaders!