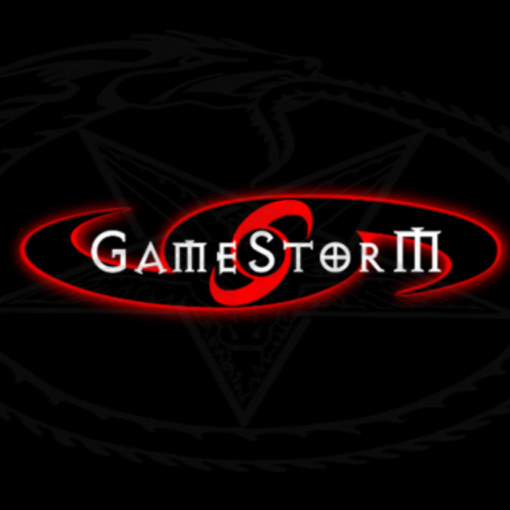 CITIZEN VALEFAR PRESENTS:  IDLE HANDS EPISODE: GAMING FROM A THIRD SIDE PERSPECTIVE EPISODE 5 Join your host, Citizen Valefar, for the latest installment of the gaming focused web series where he discusses Satanism and how it relates to gaming and gaming culture. This episode comes from the convention Gamestorm in Portland, Oregon. Citizen V was asked to speak at a convention focused on the Satanic Perspective in regards to games, both in play and in creation. Tune in as we cover a range of topics from the super-normal, morality without a compass, and what guilt-free gaming really looks like! All […]

THE SATANIC PLAYERS SOCIETY: HALLOWEEN IN SUMMER 2018 Join us as we celebrate Art on You Studio’s 8th and final Halloween in Summer festival. We are honoured to have been given the opportunity to contribute to this event. Organised by Storm and Renee Anderson this shindig plans to go out with a bang! Spend some time with us as we bring you Vacant Eyes by Citizen Valefar and Fred’s Dead by Jessie Twain. We are also overjoyed to have the one and only Storm Van Ghoul guest presenting and helping us to bring you a little horror and madness!

Gyps Fulvus – Walpurgisnacht: the Official Video Series, by Citizen Valefar  In honor of Walpurgisnacht and serving as a reminder that humans are the most vicious animals of all, Citizen Valefar demonstrates his masterful, impeccable artistic and visual talents with his video creations set to all four parts of the Walpurgisnacht opus; a harsh, dissonant instrumental opus of Dark Ambient, Electronica, and Industrial music created by Gyps Fulvus. Created and released last year, each video of the movement ties in the theme of various conflicts between the human animal vs. nature, demonstrating that no matter how far humans can advance […]

CITIZEN VALEFAR PRESENTS:IDLE HANDS EPISODE 4: LEFT 4 DEAD 2  Join your host Citizen Valefar in the latest episode of his latest web series! Tune in as we examine games and gaming culture from a Satanic perspective. Lock and load Folks, this episode wades in to the zombie apocalypse in Valve’s 2009 release Left 4 Dead 2. A cooperative based shooter that pits four survivors against an endless horde of diverse and dangerous zombies, as they try to traverse a series of rich environments that are pulled straight from the greatest zombie movie moments in history. It is also one of […]

CITIZEN VALEFAR PRESENTS: IDLE HANDS: GAMING FROM A THIRD SIDE PERSPECTIVE EPISODE 3  Join your host Citizen Valefar in the new episode of his latest web series! Tune in as we examine games and gaming culture from a Satanic perspective. Bust out your umbrellas and rain boots, today’s episode is a wet one. Released in 2010 by developer Quantic Dreams, “Heavy Rain” is an interactive narrative that combines horror and suspense in a multi-layered story told from multiple perspectives. It is an experience truly unlike most games out there. There is a heavy emphasis on story line and a focus on choices […]

CITIZEN VALEFAR PRESENTS: IDLE HANDS: GAMING FROM A THIRD SIDE PERSPECTIVE—EPISODE 2 Join your host Citizen Valefar in the second episode of his latest web series! Tune in as we examine games and gaming culture from a Satanic perspective. Grab your spurs and duster jacket, saddle up, and prepare to ride off into the sunset as we look at Rockstar Games’ 2010 masterpiece, “Red Dead Redemption.” A rip-roaring revenge tale set in the American Old West amid a back drop of revolution, grand larceny, murder and so much more. Join us as we showcase examples of responsibility to the responsible, the […]

CITIZEN VALEFAR PRESENTS:IDLE HANDS—GAMING FROM A THIRD SIDE PERSPECTIVE  Join your host Citizen Valefar in the inaugural episode of his latest web series! Tune in as we examine games and gaming culture from a Satanic perspective. Much like a “recommended reading list” of books, or a “required watchlist” of movies, we hope to compile a list of games that will provide insight and examples of the Satanic parables, be it in narrative, characters, or overarching message. Dive in as we take a trip under the sea with our first title: Bioshock. (2K Studios, 2007) Idle Hands – Episode 01: Bioshock