Anton Szandor LaVey’s fabled San Francisco home, the birthplace of the Church of Satan in 1966, was demolished in the Fall of 2001 and I wrote a tribute to it back then, published on this website and later reprinted in my book, The Satanic Scriptures.

I offer it again for your pleasure.

On October 16, XXXVI A.S., the infamous Black House—Dr. LaVey’s residence for many years and the birthplace of the Church of Satan, was demolished.

For the past several years, the Black House at 6114 California Street sat empty and brooding, the quintessential “shunned house.” Like the San Francisco lair of Dr. LaVey’s mentor, Cecil Nixon, it was not meant to survive the death of the unique owner who had given it preternatural life.

It was the real-world equivalent of fictional “haunted houses” belonging to charming outsiders, like the Addams Family domicile of both cartoons and video. With Dr. LaVey as its genius loci, it became a nexus point for those who shared his Satanic sensibilities. It was truly an “unholy of unholies” for the select group of sinister individuals who were fortunate enough to be invited to cross its threshold and pass through the stygian pall of the entry hallway. Those of us who enjoyed many hours in its tenebrous embrace will never forget its charm—and its mysteries. 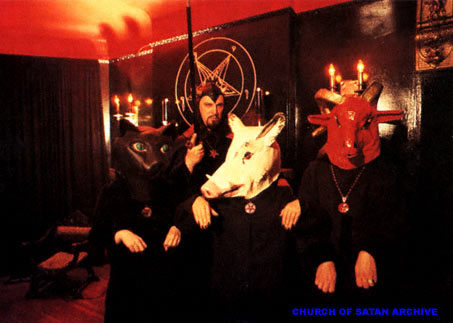 With its passing, it gains greater power as it moves into the realm of legend. Now it continues to exist as the archetype for lairs belonging to many of the members of the Church of Satan. And in the years to come it shall continue to serve as an inspiration for those infernal souls who have the will to construct their own dark sanctuaries.

In 2009, my wife Magistra Peggy Nadramia and I established our own Black House, restoring a battered Victorian in the haunted Hudson Valley, quite near to the exquisitely elaborate “Witch House,” owned and embellished by Magister Netherworld. With my six-color paint scheme, based on vintage techniques for pointing out architectural elements, our home stands as a beacon of our dark aesthetics, charming most while occasionally chilling others. We’ve landscaped in a manner to complement the structure, adding appropriate fencing, plantings and décor. Inspired by Poe’s “Masque of the Red Death”—as well as Roger Corman’s film of same—we chose to employ rich jewel-tones on the walls, with metallic pigments bringing luster to crown moldings and other details. And our walls and niches are adorned with infernal imagery and objects, many coming from the hands of our artistically-gifted members and friends. As always with such rescued structures, it is an ongoing process. 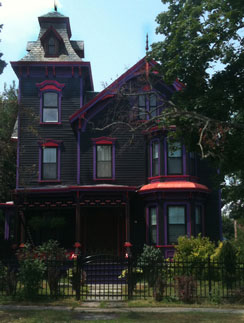 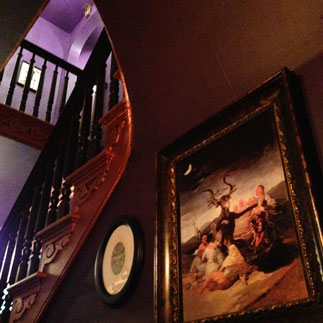 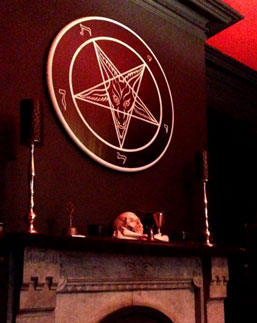 Those diabolists we’ve invited to enter have shared with us both joyous revels and profound conversations, continually energizing this resurrected grande dame. From time to time, select journalists have been permitted to visit and film here. Guests to these deeply-hued chambers often depart with sensibilities awakened towards possibilities for bringing similar magic to their own lairs.

There are indeed other Black Houses, enkindled by Dr. LaVey’s precedent. Whether nearby or in other US states as well as other nations, our abodes are wrought to reflect the tastes of those creative Satanic individuals bold enough to shape their living spaces to suit their sovereign selves. Where it is desirable and possible, here’s to continuing this exemplar of our founder, as our customized dwellings provide yet another means to vividly manifest the vital legacy of the Church of Satan.

On Honor, Integrity, Survival and Satisfaction