1968 saw the release of the historic album Satanic Mass, conducted by Anton Szandor LaVey. “Recorded LIVE at the Church of Satan” the Baphomet emblazoned red cover read in one lower corner, and in the other an Egyptian-style logo for “Murgenstrumm”.

We have created this novelty shirt as a way to pay homage to this quirky, moody and fascinating album that is, in its original pressing, a highly sought-after collectible. Instead of a baphomet-laden design emulating the record cover, we took a more subtle approach of a shirt for the record label created to release the album in the first place: Murgenstrumm, as catalog number MM6660. The Satanic Mass album was their only release. The shirt is a clever signal for those in-the-know, but holds near indecipherable meaning for those who do not. 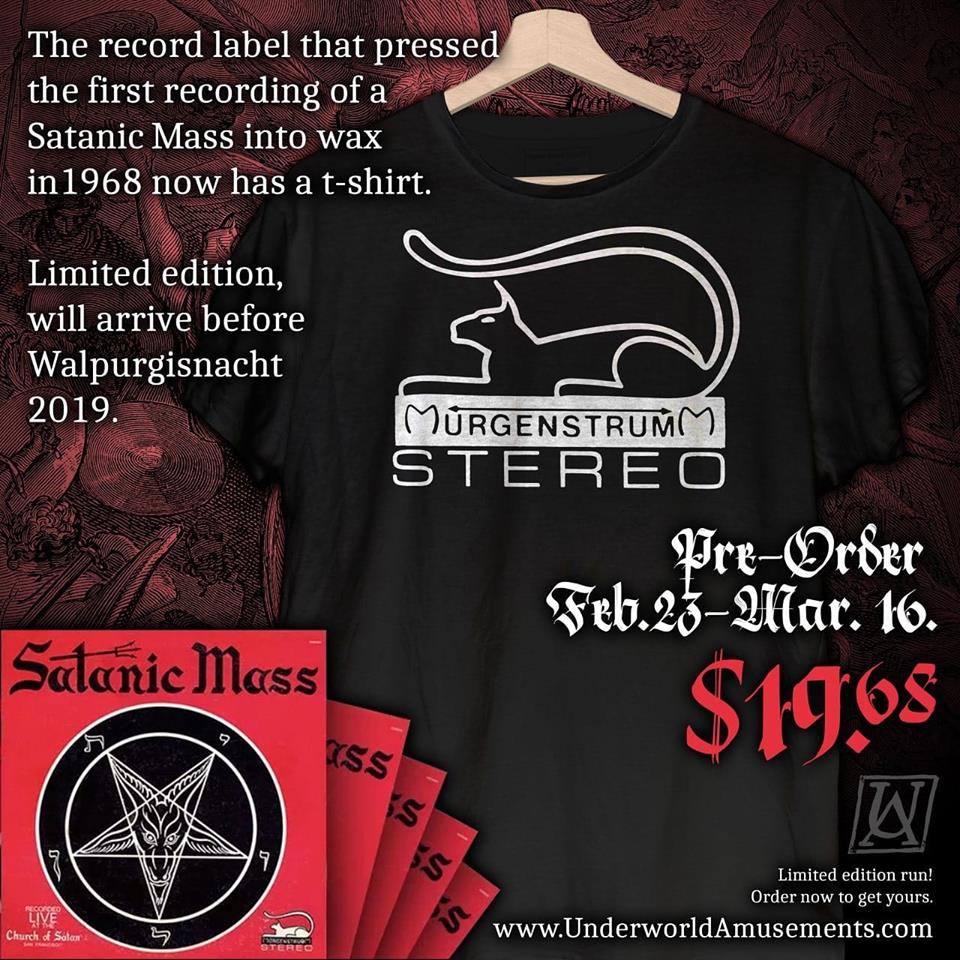