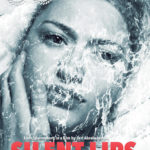 Magister Carl Abrahamsson is proud to announce the release of two films on Vimeo’s On-Demand service.

The films are available as 24hr digital rentals or purchase for unlimited streaming. Both films will be released on DVD (PAL) on Monday April 25th.

Young Swedish woman Alice travels with her abusive American boyfriend in
the Balkans. As their relationship goes from bad to worse, Alice drifts more
and more into an emotional void, which leads to violent repercussions. Lost in
a strange land among bizarre characters she’s forced to confront aspects of
herself she’s utterly afraid of. As abuse and humiliations increase she no
longer has a choice. Who will be the next victim? Alice herself or all of those
who have ruthlessly exploited her?

Get more information about the works of Carl Abrahamsson, including his outstanding series “AN ART APART: A SERIES OF ARTISTS’ PORTRAITS” at: