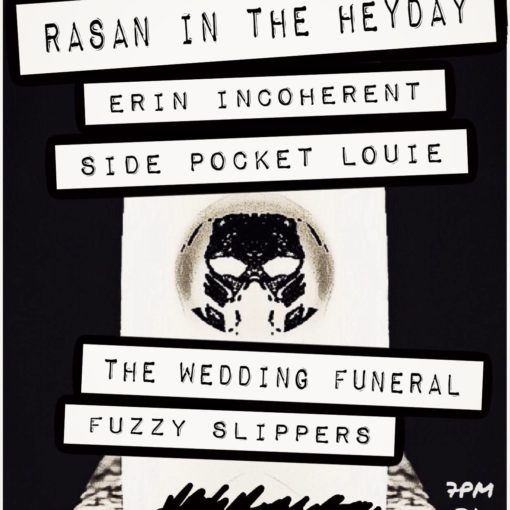 THE WEDDING FUNERAL will appear at Freshy’s in Philadelphia, PA on 03.09.19. The address for this event is by RSVP only, which one can get by emailing us at theweddingfuneral@gmail.com

David E. Williams: HOSPICE CHORALE Now available as a convenient digital download! Bandcamp / iTunes “lyrical, cathartic, and absurd… featuring the only song you’ll hear this year about a man who yearns to be a horse…” – FLAVORWIRE “A singer-songwriter stretching the American songbook to its very extremes, Williams’ possesses a bewildering imagination…" – COMPULSION ”…strongly recommended for all musical freaks, discerning and cynical listeners, as well as anyone who values morbid, borderline humor and visceral incisiveness in art…”—KHATACOMB “…a tapestry of thirteen catchy, provocative and intelligently performed pieces… an utterly engrossing listening experience … keeps you guessing until the end, yet […]