On 29 October, 1998 c.e., a full year from the death of High Priest Anton Szandor LaVey, a memorial concert was held at the Tenri Cultural Institute, in the SoHo area of Manhattan. Located on the fourth floor of a historic building, the Institute has an elegantly designed gallery space which doubles as a concert hall.

On this night, over 70 Satanists gathered to hear a piano recital by Dr. Mark Birnbaum, as he focused on the classical music that was loved by Anton Szandor LaVey. The program, reproduced below, included such standards as Bach's Toccata in D Minor and Franz Liszt's Mephisto Waltz, as well as a premiere, the Sonata Infernale by Magister Peter H. Gilmore (which was played twice in succession - an old tradition at world premieres), and works by Birnbaum himself - his Lucifer Rising, and a rousing Fantasia on Dr. LaVey's own Battle Hymn of the Apocalypse, which even was interwoven with Komeda's Lullaby from Rosemary's Baby.

It was a moving experience, and the reception that followed provided a wonderful opportunity for the attendees who travelled from as far as Portland, Oregon and Portland, Maine to be present at this historic concert, to meet an mingle and share their deep feelings about the great man whom we honored.

The event was produced by Hell's Kitchen Productions in cooperation with the Church of Satan, and funds raised were contributed to the LaVey Archives. 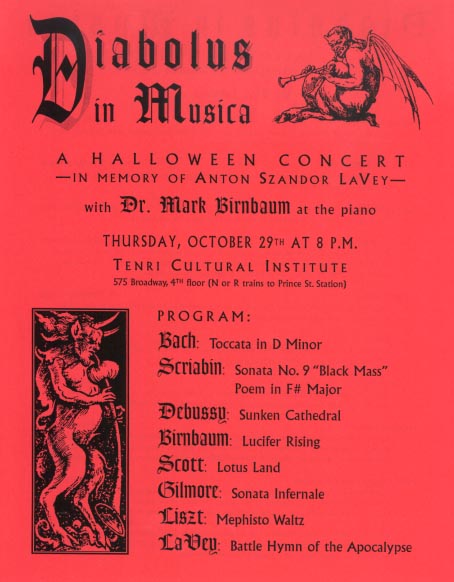 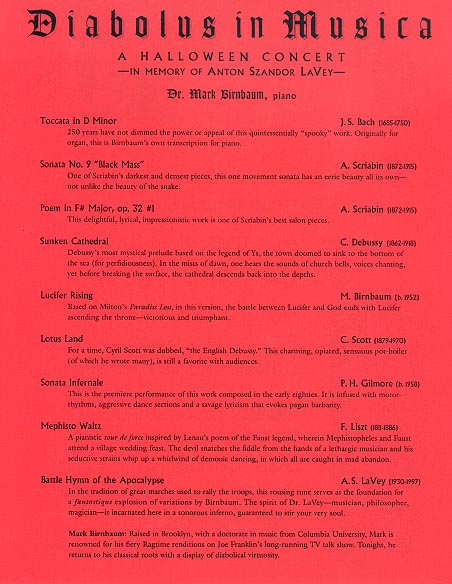 Theory / Practice In The World

A Lifetime of Good Health 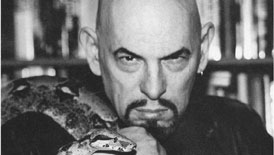