Accusation Party 11: The Divided States of Antifa With the recent political changes occurring in Western nations comes a disturbing response that has no face, no restraint and no interest in reason. The rise of so-called anti-fascism — or Antifa, for short — has become the justified excuse for all manner of crimes committed to push an anti-Western agenda, to bolster weak egos, and to satisfy base urges. And we’ll be looking at this latest trend in Far Left violence through psychological, literary, and political lenses, paying particular attention to what motivates these attacks and the desire to be an […]

The Accusation Network Purging Talon presents The Accusation Network, a collection of podcasts utterly lacking in trigger warnings, privilege checking, and cultural inclusiveness. Nothing is sacred. None will be spared. As of current, we provide three podcasts under The Accusation Network banner. The Accusation Party serves as an audio podcast representing critical thought and analysis with a complete disregard for mainstream censure. It is total free speech and not merely the speech that is palatable to the most people. Although past shows have critically examined such topics as equality, Islam, feminism, eugenics, and hate speech, our most recent episode explores […]

The Accusation Party – AP10: This Is Political Correctness The scourge of political correctness has infected Western culture at an alarming rate. No arena of public life is spared—academia, politics, the workplace, religion, and society as a whole, all bear this unnecessary weight. What was once a few politely expected euphemisms has turned into a methodology designed to dictate what to say, what to think, and what to do. The petulant child-king had become the enthroned lie. But the reign of language policing and social control has passed the tolerance point for many, and we’ll be discussing that along with […]

The Accusation Network:  Three Podcasts, One Network  In early-2016, Purging Talon began production on The Accusation Party podcast, a series dedicated to putting to rest the often blatant cultural nonsense of such repressive thoughts and actions as third-wave feminism, Islam’s attempt at compatibility with the West, the bias selectivity of so-called hate speech, the war against personal eugenics, and still others. And while this podcast continues with its critical mission, there was certainly room for less serious content; additional podcasts that take a lighter and certainly more humorous look at our culture — past and present. This week, we announce […]

The Accusation Party – AP9 The spread of what became known as Satanic Panic marched blindly forward for over a decade, leaving controversy and conspiracy in its wake. The misguided agents of this panic were key to its contagion, including law enforcement, self-assumed occult experts, Christian therapists, and all manner of opportunists motivated by money and attention. But this panic also had its prehistory and we’ll be exploring that along with the Panic’s ties to urban legend, the appeal of rumors, the rise of the Religious Right, heavy metal’s flirtation with the Devil, the unwanted aid of TV talk shows […] 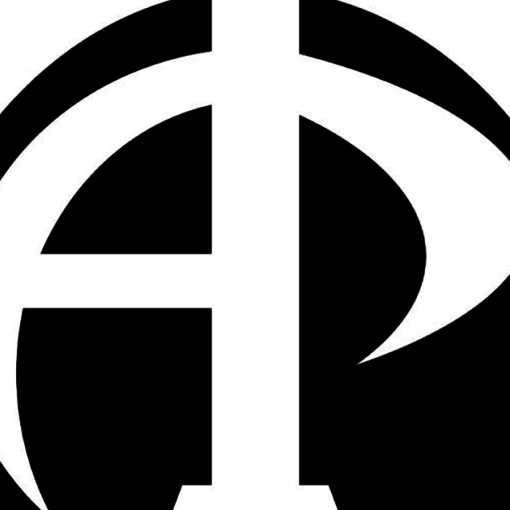 The weakness of the West is in both its failure to understand the threat of a megalomaniacal religion and allowing the infiltration of that threat to spread unabated. Through inaction and needless guilt, many leaders of the Western World have permitted disorder and death within their nations in the name of political correctness. But, the time has come to put away tolerance and start recognizing the aims of Islam and its continued war against the West. To that effect, we will examine this so-called “religion of peace” through its religious texts and resultant acts, as well as Sharia law, the […]

AP7: The Downfall of Feminism There was a time when the term feminism meant social equality between the genders. There was also a time when the streets were safe, the air was clean, and livable wages were commonplace. Sadly, those days are long gone. But join us as we sift through the wreckage of the women’s movement with an emphasis on its third wave phase and all of its infighting, contradictions, false conclusions, hysteria, fabrications, and the various thin-skinned reactions that come to loosely define this anything-goes collective. Opening quotation read by Heather Height. The Accusation Party is your guide […]

Accusation Party 6: All Had Been Enslaved It has been an eternal constant for man to strive for dominance over his own. From our earliest days, many of us discover ways to best our competitors and establish ourselves to a position of power. Whether it’s on the playground, in the business world, or on the field of battle, being on top is hard-wired into most of us. However, others might not be so motivated or capable. Thus, the division between master and slave comes into play, whether through natural or contrived means. And we’ll be discussing this dynamic as we […]

THE ACCUSATION PARTY EPISODE 5: THE WAR ON EUGENICS Throughout recorded history, man has sought to improve himself by various means, including technological, financial, cooperative, and experiential. Much of this improvement is often short-term and limited to a single generation. But, what if you want to give your future offspring a leg up on survival and personal achievement? Could you take on the mantle of mythological gods and remake man in your own image? And not only could you, but would you? In this episode, we examine the controversial practice of eugenics, its advances, its past abuses, and its useful […]

NEW PODCASTS ON RFS: METAL, CLASSICAL, COMEDY, SOCIAL COMMENTARY, ROCK, PSYCHOBILLY, INDUSTRIAL, HORROR FICTION, AND MORE! This week we have Citizen JNothing covering three shows, including a new format along with 80’s hits on The Metro, a new episode of Metal Invaders, and Industrial/EBM on The Sanitarium. Magister Bill M. turns to George Carlin for political commentary on The Devil’s Mischief, we pour some hellfire in memory of Patsy Cline on Clint Mephisto’s Road Show, Magister Paradise attacks the culture of offendedness and censorship on The Accusation Party, Warlock Gene plays classical and choral performances on Vox Satanae, M.D. Roche […]

The Accusation Party – AP2: Offendedness Entitles You To Nothing In this episode, we explore the culture of offendedness, why they’re offended, and what that means to the rest of us. Later in the program, we’ll speak with Magister Bob Johnson, formerly of Playboy, regarding that publication’s recent move to eliminate nudity and why that might be. Then, we’ll conclude with some thoughts on censorship from a now deceased rock musician and iconoclast, one who often had the final word on why free speech matters more than hurt feelings. Opening quotation read by Reverend Ashley Palmer. The Accusation Party is […]

The Accusation Party  Purging Talon proudly presents its latest project: The Accusation Party. Produced and hosted by Magister Matt G. Paradise, The Accusation Party serves as an audio podcast representing critical thought and analysis with a complete disregard for mainstream censure. It is total free speech—no trigger warnings, no political correctness, no privilege checking, no cultural inclusiveness. Nothing is sacred. None will be spared. The inaugural episode focuses on the myth of human equality, with insight from Friedrich Nietzsche, Ragnar Redbeard, William A. Henry III, Milton Friedman, and others. Our guest will be Magister Bill M., who will discuss equality in math and how it […]