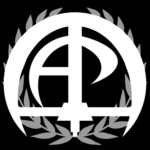 The spread of what became known as Satanic Panic marched blindly forward for over a decade, leaving controversy and conspiracy in its wake. The misguided agents of this panic were key to its contagion, including law enforcement, self-assumed occult experts, Christian therapists, and all manner of opportunists motivated by money and attention. But this panic also had its prehistory and we’ll be exploring that along with the Panic’s ties to urban legend, the appeal of rumors, the rise of the Religious Right, heavy metal’s flirtation with the Devil, the unwanted aid of TV talk shows and more. Think of it as herd mentality under an unforgiving microscope. Opening quotation read by David Ingram.

The Accusation Party is your guide to the third side, representing critical thought and analysis with a complete disregard for mainstream censure. It is total free speech—no trigger warnings, no political correctness, no privilege checking, no cultural inclusiveness. Nothing is sacred. None will be spared.